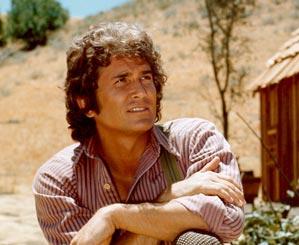 judging from the fact that it was repeated in every single obituary, the most significant moment in the life of michael landon’s son was that he and michael landon were about to make a made-for-tv-movie together before michael landon’s death in 1991 at the age of 54.

this revelation should probably force us to dwell upon the unpleasant sadness of anyone’s most significant life accomplishment being that they almost co-starred in something they ultimately did not.

which leads us to what in the hell was michael landon doing having sex when he was 12?

remember, this is michael landon. bastion of family values. head of the little house. leader of life on the prairie. this is sarah gilbert ingles wilder’s tv dad.

in our discussion of Michael Landon, Pre-Teen Father, a friend suggested that perhaps this child was not, in fact, the fruit of michael landon’s loins. perhaps he was adopted, an idea admittedly a bit more plausible than a 12-year-old having sex in 1949, though still rendered somewhat absurd given the timeline with which we were working. what 12-year-old adopts an infant? what 30-year-old adopts a teenager?

fortunately, wikipedia (where one would inevitably wind up when trying to untangle the tawdry sex life of michael landon) yielded an answer.

but, in the end, all i feel is relief. tremendous relief that i do not live in a world where michael landon has let me down.