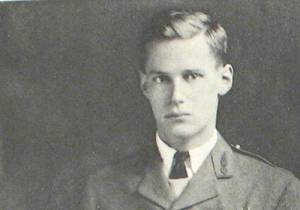 Upon its initial publication in 1976, Geoffrey Wolff’s Black Sun: The Brief Transit and Violent Eclipse of Harry Crosby was dismissed by The New York Times as “a three ring circus of scandal and anti-social behavior.” Perhaps the Times was right—but, seriously, what a show.

The nephew of the bazillionaire J.P. Morgan, the eccentric poet Harry Crosby scandalized Boston society by marrying a divorcee and fleeing to Paris to establish the renegade Black Sun Press. He flirted with Romanticism, Decadence, and Surrealism only to settle for a combination of narcotic experimentation and sun worship vividly manifested in wretched verse: “The Sun! The Sun! / a fish in the aquarium of sky.”

A “minor” poet, Crosby ran with the “major” literary figures of 1920s Paris. He drank with Hemingway and Cummings, published Joyce and Lawrence, pissed off Wharton, and was eulogized by Eliot and Pound. He was the quintessential dabbler—manically tarting his writing in every available shade of literary dress. According to Wolff, “during five working years Harry duplicated a century of complicated aesthetic traditions.”

And what better way to conclude such an earnest, unimaginative career than with a typically clichéd bang? In December 1929, the thirty-one year old married Crosby was found shot dead—his toenails lacquered red and his feet tattooed—alongside the corpse of his married girlfriend and with a letter from another woman in his front pocket. Contemporaries considered Crosby’s murder/suicide his best poem. Wolff considers it his final literary experiment.

Wolff’s background in fiction and his narrative approach to biography lend Black Sun the feel of a splendidly executed novel, which is appropriate given the performative nature of Crosby’s entire life. Though Wolff is clearly fascinated by Crosby, he knows his subject is nutters and he’s astute enough to capitalize upon that as Crosby’s greatest charm. It’s a shrewd move, and Wolff’s snide jokes and witty asides strut memorably alongside Crosby’s maverick conformity and appalling verse.

Though the 2003 edition of Black Sun features no textual changes, Wolff includes an intriguing new afterward. Responding to the question “Why [write about] Crosby,” he explains his interest in this man who was reduced to a footnote by most 20s scholars. Wolff rejects Crosby’s reputation as a Lost Generation archetype and finds him interesting simply because “What Crosby said he’d do he did, exactly.” He was “not merely some posturing dandy of the boulevards. He acted everything out—everything; there was no lag for him between thought and experiment.” Crosby’s shoddy, suicidal poetry made his intentions quite clear.

Harry Crosby is not an important literary figure. He was, after all, only famous by association and his own poetry never developed beyond the subject matter of adolescent angst. But, as Wolff admits and Black Sun proves, there is “something about [the poem’s] very badness”– something about Crosby’s very badness– that is haunting: “Like Icarus, of whom [Crosby] wrote, he flew toward the sun till it melted his wings of wax [ . . . ] unlike Icarus, however, he was forewarned.”