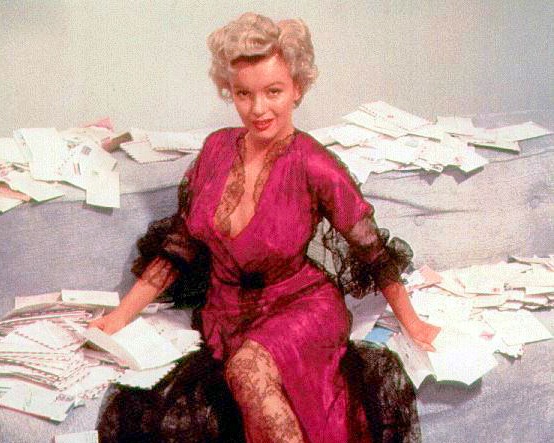 i am still writing letters. and, blessedly, getting letters in return. it is a struggle to comprehend that these letters are, in fact, progress. i put that down to the fact that they inevitably arrive in my life at points of extreme banality.

it is 6 p.m. on a tuesday. i am wearing a nightgown and kneesocks waiting on pasta to boil when i notice the sister has written me back.

oddly, it is news that i keep to myself for several days.

it’s a measure of how spoiled i have become that, upon receiving this letter, i assume it is from the daughter. that it is from the sister is somewhat of a surprise.

thanks to the myriad scope of things one reads when searching for the addresses of famous people on the internet, i know that the sister routinely takes upwards of six months to return autographed photos to her fans. since my letter went out into the world sans a zip code and to an unverified location that was an odd conglomerate of an address the step-brother had given me and one mistyped on fundrace.org, i expected that it was being sent forth into an abyss, never to be heard from again. but just twelve days later, here is a response.

a response that says very little, mind you, but a response nonetheless. the only thing of particular note being that the sister says i am right.

i have explained my project to the sister and she has said, “i think you are certainly right.”

while i kind of already knew that- it being generally accepted historical fact and all- it’s a tremendous relief to have it acknowledged. it feels terribly good to be right, for certain.

i immediately imagine how this can be best incoroporated into my letter of introduction.

i gently set this letter from the sister atop the pile of important papers on the floor, approximately six inches from the liter box. satisfied, i hike up my kneesocks and take the pasta off the stove.