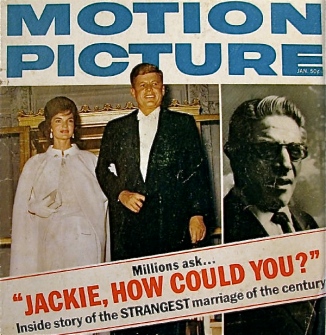 the common thought is this: jackie married onassis for his money.

and that was totally ok. because she was scared after the assassination of robert kennedy and so it’s completely understandable and almost commendable that she would be desperate for the security onassis’s money could provide.

dear world, that makes no sense.

that she would be forgiven her avariciousness but not her poor choice in men.

sometimes the process of writing doesn’t involve actual writing. this is hands down the most frustrating part. because when you’re writing, you’re moving forward. when you’re not writing, it’s hard to view the situation as anything other than, at best, a stand-off and, at worst, a standstill.

jackie and i are in a stand-off. it’s gonna go one of two ways.

my money’s on the later. 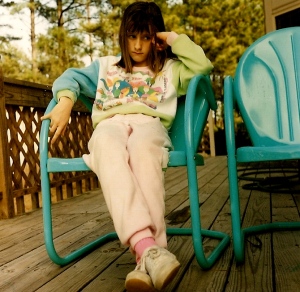 on 10 december, as a part of mortified and my continuing effort to prove that it really is possible to do impossible things, i read selections from my adolescent journals aloud.

That said: I’ve read at least a couple interviews now where Aniston says Brad Pitt did NOT cheat. So are we hating on Jolie forever more because she was ‘next?’ Because she ‘exists’ for Pitt to fall in love with? Are we assuming she ‘led Brad astray,’ and CAUSED him to leave Aniston? According to reports that pre-date Jolie, Aniston and Pitt were not the golden couple their PR managers who hooked them up as Pitt was rebounding from his busted engagement to Gwyneth Paltrow want you to believe. Several months after Pitt officially separated from Aniston, I never heard or saw Angelina hanging in Malibu, smoking doobs with the Cox-Arquettes. I didn’t see Jolie, riding around Beverly Hills on the back of his bike.

What I saw, was Brad Pitt in remote African villages with Diane Sawyer, on the beaches of Kenya playing with Maddox, at Jolie’s UK estate where she lived with her son, promoting ONE with Bono, traveling to Ethiopia with Jolie to adopt HER daughter. I know it pains you to admit, but that shows HE was pursuing HER. He was out to change FOR HER. HE wanted to emulate her, because he admired HER. I know, THAT possible truth, is painful for some women. It’s easier for us to believe some SIREN stole our man against his will, than ADMIT, a man may have walked away due to incompatibility issues, boredom, and/or misery with us. “She stole him,” goes down a LOT better than HE CHOSE HER AFTER LEAVING YOU. Somehow, giving the man free will, and autonomy in deciding what the rest of his life will look like is frightening…

obviously, the whole lover/scorned wife/adulteress thing is not unique to pitt/aniston/jolie. it’s just fisher/reynolds/taylor or burton/fisher/taylor all over again. but what is interesting is that nearly seven years after aniston and pitt’s divorce and the beginning of pitt’s relationship with jolie, the notion of a love triangle is still the driver of the tabloid press coverage for all three.(admittedly, this is in no way helped by the fact that for the last seven years, they have all of them have made a host of compellingly stupid comments that either directly or cryptically reinforce the connection the tabloids are trying to forge.)gossip is narrative, not truth. yes, there may be truths within the narrative, but the narrative is the key. that isn’t to say it’s logical or consistent, but rather that editors will, without fail, push the narrative in the direction of the most drama, because that is what sells magazines.this is really, really hard to remember. even when you have set up camp in the magical realm of celebrity studies, it is still really, really hard to remember.yesterday, there was an article about how khloe kardashian is doing IVF. i forwarded it to a friend who’s doing research on the role of reality tv in the destigmatization of infertility. she wrote back that kardashian was likely just taking the preliminary step of consulting a fertility doctor.this blew my mind.i have set up camp in the magical realm of celebrity studies and yet, still, i assumed the kardashian story was 100% true. i should’ve known better. it was the kardashians, after all, and gossip.and if we’re going to take gossip as narrative and not truth, that has got to hold across the board.this is difficult because (a) the pitts and jolies and anistons of the world do press junkets and say provocative things, and (b) their friends and publicists are, in turn, all blabbing to the magazines. nearly all modern celebrities are actively engaged in shaping their own narratives, so there is a veneer of truth. it’s just not the whole truth and it’s couched within a highly subjective version of events.pitt may very well have left aniston because he was bored and unfulfilled, and then hooked up with jolie later on and that may have been what he was trying to communicate during the moneyball rollout when he wound up producing a string of damningly insensitive soundbites instead. but from a storytelling perspective, that story is très dull.the magazines are in the business of writing stories. stories that are provocative enough that they’ll be picked up and repeated on the daily beast or CNN, where we will consume them as though they were news and, maybe, one day buy one of the magazines.the trick is they are not news. they’re just stories. it’s shocking how readily we’ll accept them as truth.

John Kennedy’s victory in the 1960 presidential election raised interest in his wife to a fevered pitch. But, Jackie was adamant that she would do things on her own terms. She detested the  prying and made a preemptive move to thwart conjecture about her private life.

At her mother’s suggestion, Mrs. Kennedy appointed Mary Van Rensselaer Thayer— Janet Auchincloss’ friend and a former editor of the Washington Post—as her authorized biographer. The (flawed) thought being that if an authorized version of her life were presented to the public, it would be taken as pure fact, the public curiosity would be saited and interest would wane.

As her authorized biographer, Thayer was given exclusive access to Mrs. Kennedy’s voluminous scrapbooks, photo albums, and letters, as well as access to the future First Lady herself. And though it was Thayer’s name that appeared on the book’s jacket, Jackie was closely involved in its production and the final product heavily bore her imprimatur. Mary Bass Gibson, who later purchased the serialization rights for Ladies Home Journal, recalled that Mrs. Kennedy “did a lot of the writing in bed and then Molly [Thayer] would take it over and rewrite it.” Thus, the resulting text, published in the winter of 1961 as Jacqueline Bouvier Kennedy, remains the closest we have ever come to having Jackie’s memoirs. Jackie herself is believed to have penned the first draft.

So why isn’t Thayer’s book beloved by millions and in its 8,000th edition? Here’s why…

Jacqueline Bouvier Kennedy is an authorized biography in the strictest sense—meaning it is totally safe. In accordance with Jackie’s wishes, Thayer produced a saccharin treatment of the Kennedys’ life that breezily glossed over any unpleasantries and laid the foundation for the myths that followed. It says very little that people didn’t already know about Jackie in 1961. Much less things we don’t know about her now.

(Jackie was obviously pleased as she rehired Thayer in the mid-1960s to write a companion book on her White House years.)

But there is one passage that’s worth mentioning. The Kennedys’ marital struggles were an open secret in Washington by this point, and Thayer makes a brief nod of acknowledgement towards them, presumably with Jackie’s tacit approval. She writes of Jackie, contemplating marriage to Jackie Kennedy in 1953:

[S]he realized that here was a man who did not want to marry. She was frightened. Jacqueline, in this revealing moment, envisaged heartbreak, but just as swiftly determined such heartbreak would be worth the pain.

Peel back the language of Harlequin romance and this statement tantalizes. I think it also plays up the element of Jackie’s character that is so often overlooked and yet one that her children evoked time and time again: her spirit of adventure.

She knew he didn’t want to marry. She knew it was going to be difficult. And yet, she picked the challenge— the adventure— nonetheless.

I’m writing about the irrepressible/fabulous Kitty Kelley over at Cheeky Chicago today:

The great tenet of biography is that it’s far simpler to write a biography when the subject of your biography is dead. But Kitty Kelley has never been one to take the easy way out…

And if you missed the interview on Oprah, you can still catch that HERE.