the #1 most amazing thing i’ve encountered about what- for lack of a better phrase- i’m going to term The TomKat Situation is that people really do believe what they read. like, all of it.

mention of my US Weekly subscription often garners guffaws, but if you’re consuming gossip anywhere, especially on the internet, if you know kim kardashian is dating kanye west and katie holmes registered at a catholic church in new york then hey, friend, you’re reading US Weekly.

that’s where pretty much all the gossip on mainstream news sites is sourced.

back to TomKat. people believe what they read. and there’s surprisingly little critical thinking involved in that.

in the last few weeks, when the subject of katie holmes has come up, i’ve praised her for ruthlessly rewriting her celebrity narrative.

i’ve been unnerved by how many minds this remark has blown.

everyone thinks katie is in danger! she’s made an incredibly close escape! they think the paparazzi are protecting her! they are comforted by images of her and suri at whole foods! they are pleased she has registered as a catholic!

i’m not trying to make light of her situation but whatever her situation, this is MASTERFUL celebrity story-telling, you guys. appreciate that. applaud her for it. but don’t take it all at face value.

groceries can be delivered. her building has an underground garage. you don’t have to register to go to a church.

to say the least, i also think the public gives katie holmes far less credit than she deserves. she’s made herself alarmingly, stunningly visible, to an extent that truly wasn’t necessary.

a week or so ago, vulture ran an article that was, perhaps, the first critical piece published on katie holmes. it’s worth reading in its entirety (though some of it- ie. the “she’s the most fame-hungry person the world has ever seen” assertion- errs towards the extreme).  but the point is made that “How the tabloid magazines work is they make a judgment about what the audience already thinks about a celebrity story—Angelina stole Brad, and Jennifer is miserable about it—and they just keep repeating the story because it reassures people that what they already think is true.” 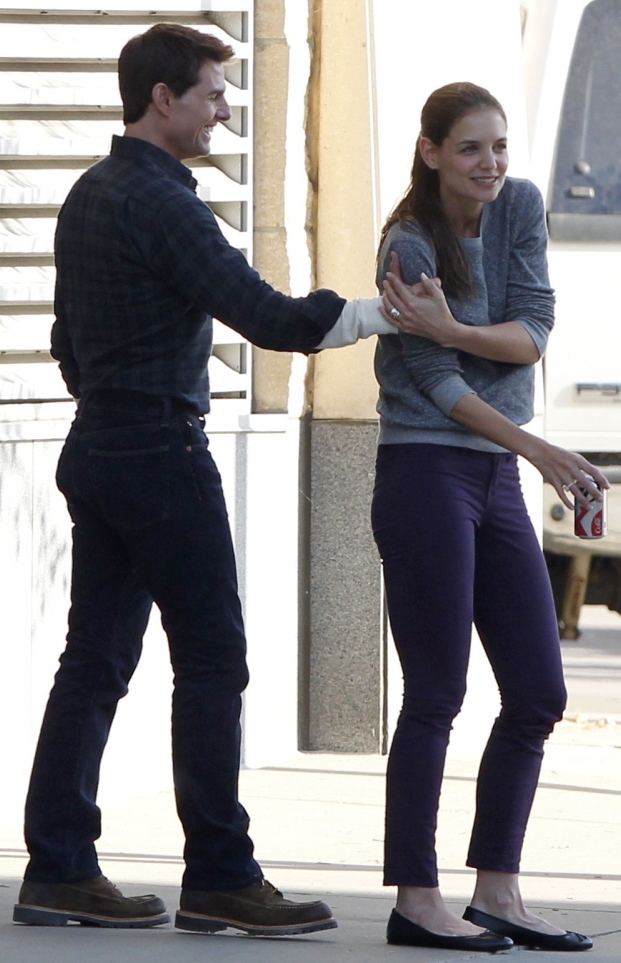 that’s something that gets lost in our culture, especially now that gossip narratives are being presented and consumed as though they were hard news.

but the bit in the vulture piece that i found most arresting was this: “In Holmes’s daily photo ops, Suri was a conspicuous prop, as she has been for years. If you think this is just a case of a celebrity trying to live a normal life: When was the last time you saw a picture of Blue Ivy? Can you name any of Julia Roberts’s kids?”

she is complicit in this as well. we are seeing her because she wants to be seen. 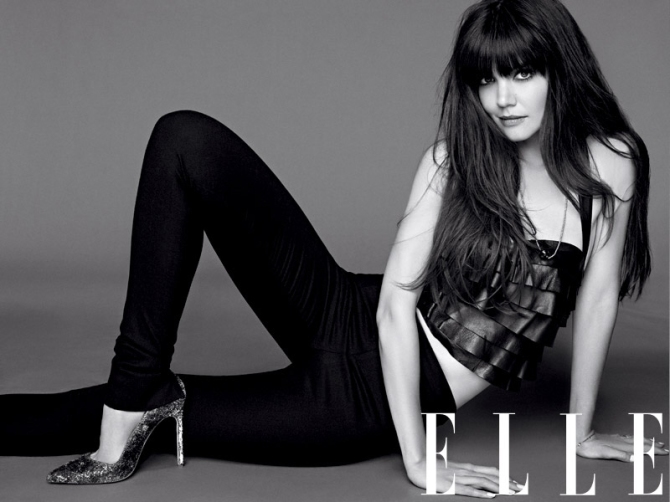 5 thoughts on “consumer reports! deep(ish) thoughts on how people believe what they read and why they maybe shouldn’t (especially when it comes to gossip [even if it’s presented as news])”