i’m working on a theoretical something and i don’t know if i even buy it, so i’ma throw it out to the internets.

is “narrative interdependence” a thing?

so jackie (and we’re talking 1962- so onassis has not yet happened) is quite obviously the positive example, the woman all women are supposed to want to be like. and liz is the baddie. and they’re presented together in magazines like A LOT.

got that? jackie and liz forevs. 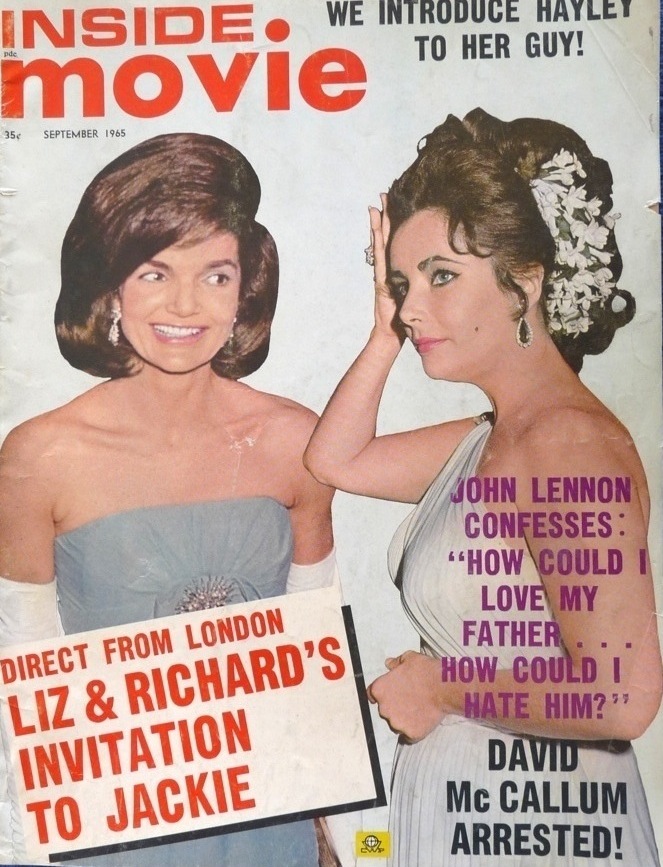 so. say i (Random Married Woman Circa 1962) read basically that same version of those two stories side-by-side for, like, ten years. it’s been historically proven (well, by one misogynistic dude to whom entirely too much of my research is in debt) that this creates a pavlovian response in readers. that if i read about jackie and liz or saw them together on enough covers and in headlines, that eventually seeing an image of jackie would make me wonder about liz and vice versa. that’s a real thing (see also jen and angelina). so i’m not asking about that.

i’m not asking about visuals, but rather the meanings of what’s been read. how people read and internalize meanings.

here is my question: 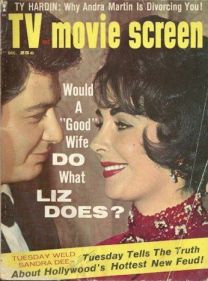 if you’re a “good” woman, does reading about jackie, knowing that you align with jackie in your heart and you totally want to make your husband, whom you love, happy make you feel less guilty reading about liz? does loving jackie free you up to enjoy liz? as entertainment? as someone you would never ever want to be but with whom you- secretly, privately- want to be BFFs?

(i’m sorely tempted to draw a modern comparison between lochte and phelps. i won’t. but know that the temptation is there.)

this wasn’t a situation where you would be “team jackie” or “team liz.” as a Random Married Woman Circa 1962 you could root for both- jackie in public, liz in private. until everything goes bonkers in the 1970s when jackie becomes liz 2.0, and you would maybe disown them as one. 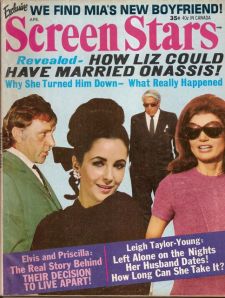 i’ve always thought that the prudishness of jackie’s kennedy narrative made liz look depraved. which is true. but what did it do for readers? for Random Married Woman Circa 1962? is narrative interdependence really a thing? does the fact that these two women’s stories were told in tandem establish a paradigm wherein jackie’s safety and happiness grants readers greater freedom of imagination, so they can engage with the uncertainty and fear that so defines liz?

and then i write all of that and sit back and wonder i’m reading entirely too much into reading.

ps. if you have any book recommendations on the psychology of reading, hit me up!