do you know about this? is this being bandied about elsewhere or is it only capturing the interest of those of us who click on the ‘world news’ tab of the new york times?

so, in quick… france’s president in this guy: 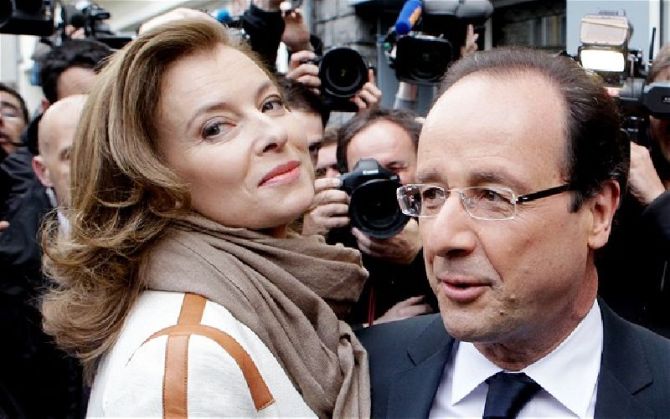 françois hollande. and the woman shown with him there is valerie trierweiler. she is, technically, the first lady of france because she is his partner. but they’re not married so there was all sorts ‘o drama when he became prez in 2012. (1) because, years before, hollande, who has never married, had left ségolène royal, the woman only ever described by the daily mail as ‘the mother of his children’, for trierweiler, (2) because trierweiler was a journalist, and (3) because can you have a first lady who isn’t a wife?? (fox news seems to think not as they continue to refer to hollande as trierweiler’s ‘husband’.)

but apparently, yes. in france, you can.

it’s important to note, however, that this means trierweiler is the first lady of france in a very different sense than we would think of FLOTUS being first lady of the US. her position is simultaneously more formalized and more tenuous. since she wasn’t a wife, trierweiler was appointed as first lady in sort of a modern recasting of how the mistresses of the french kings of yore were appointed maîtresse-en-titre. but, just like a mistress, more easily than a wife, she can be discarded. so, though they’ve come together in an amazing prom pose, these women are not equal…

even though trierweiler’s totally big beans and holds a powerful position. it’s more tenuous than what we americans would traditionally think of when we think of a first lady. which becomes an issue now…

because the french magazine closer (of topless kate middleton pictures fame) recently reported that hollande was stepping out on trierweiler with a french actress. 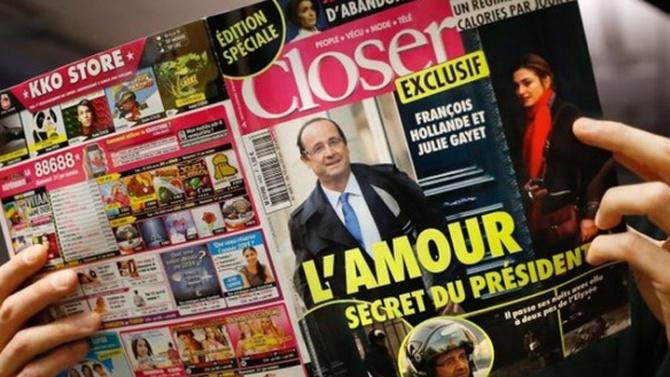 and trierweiler was subsequently hospitalized for what has variously been described as depression, exhaustion, ‘very strong emotional shock.’

(and this is going to be in my head all day so let’s get it out of the way:

…are, according to the NYT and the BBC, pretty meh about this, but it poses interesting questions about the role of political partners (trierweiler often gets slapped with the ‘first girlfriend’ label which is BEYOND GHASTLY and only ever makes me think of richard dreyfuss sneering ‘the president’s got a girlfriend’ in the american president, so let’s make an agreement to NEVER EVER use that term, deal?), as indicated by the questions hollande drew at his rather awkwardly timed new year’s press conference.

in an event meant to be detailing policies and plans, one question hijacked the Q&A: who is the first lady of france?

not an unreasonable ask. and even hollande seems uncertain, waxing on instead about the importance of privacy: ‘Everyone in his private life can go through difficult periods — these are difficult moments, but I have one principle: Private matters should be dealt with privately.’

which, well, yeah. but the code is a bit stiffer if you’re in public office and, particularly, if you’re president. hollande, we are told by ‘sources’, ‘profoundly deplores the violations of the respect of private life, to which he has the right, like any citizen,’ and his ‘indignation is total’. but when you can’t identify your partner for the people you’re leading, that’s a pretty significant problem, no?

is this the world’s biggest chausson aux pommes?!

and hollande couldn’t. during the press conference, when he was asked to clarify trierweiler’s position in his administration, he wouldn’t, only saying- in tones reminiscent of a magic 8 ball-  that it would all be made clear before his trip to the US in february.

the latest twist, coming today, is that the woman presumed to be the president’s lover may or may not be pregnant. which is all vair vair fifty shades of simon cowell.

admittedly, no one looks particularly great here. i think hollande’s very clearly trying to spin this as a privacy issue to get the media off his case, but one way of reading his remarks is to see them as a direct response to the steady drip of information coming from trierweiler’s camp (‘Le Parisien journalist Frédéric Gerschel, said to be close to Trierweiler, quoted a friend in his article, but Le Figaro reported that the “friend” was Trierweiler talking off the record.’). declaring her hospitalization an extreme measure, someone close to hollande has accused her of resorting to  ‘emotional blackmail’ to keep her job.

which brings up the point that this is ‘a job.’ and it’s very unclear where this all leaves trierweiler, who may or may not be first lady. 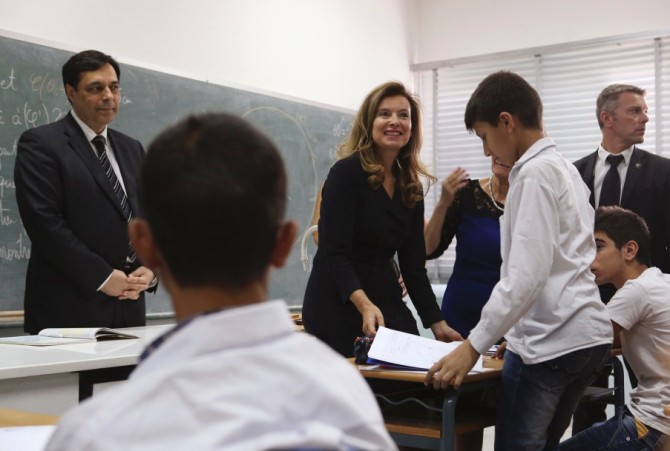 she seems to have not had much of a fan club in france as the french reportedly want her out, with 89% of voters in favor of a breakup, which is saying something as, despite a 2 point jump in his approval ratings after the affair, hollande is pretty much the least popular president in the history of france. (btw, let’s take a moment and remember these are real people and imagine the extreme oddity of, in the midst of a relationship turmoil, as though your life were an episode of dancing with the stars, having your countrymen/women vote that you end it.)

except maybe yeah? because, if you’re not a wife, then there is no legal rigamarole in being removed from the position. trierweiler can simply move out of the elysée palace. presumably, if that is how the situation unfolds, it will be far more carnivalesque, but that is literally all she would have to do to stop being first lady, which illustrates how precarious her position has been all along. 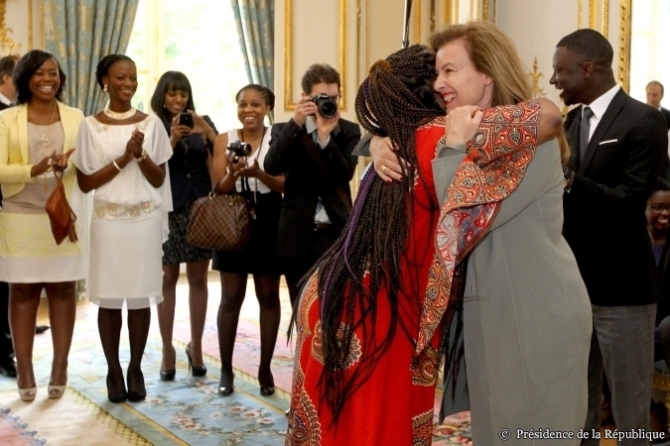 as MP jean-christophe lagarde told the daily mail: ‘She is not the wife of the president of the Republic, she plays the role of the first lady of France, when it appears that there is another first lady. The situation needs to be clarified very rapidly.’

‘she plays the role’… a subtle scathing verb usage that implies she’s just a pretender, just pretending. she has, this whole time, simply been playing along.

it’s a statement that also shows how, in france, in this case, the position of first lady isn’t so much an honorary term for a political/public partnership as it is a definition for who the president is sleeping with.

and there seems to be a general consensus that the president isn’t sleeping with trierweiler anymore.

for the moment, while trierweiler remains in hospital and hollande keeps his mouth shut, we can only gaze into the papers as a collective crystal ball to divine what may happen next. will it dramatically alter the way the female partners of politicians are written about? likely, no. will it have some lasting impact on the role of the first lady? probably not. but it presents a unique challenge to the context- so often unchallenged- for what a first lady is and does, what she is seen as and seen to be doing, whether she’s just a woman who sleeps with the president and whether, in the end, we think she has any significance at all.

3 thoughts on “a smattering of commentary re: valerie trierweiler, françois hollande, and the french first family’s current clusterwhoops”