so do you know about this? given the number of friends who have asked me for an explanation, it seems the majority of us are at least reading headlines and sarah michelle geller’s tweet. 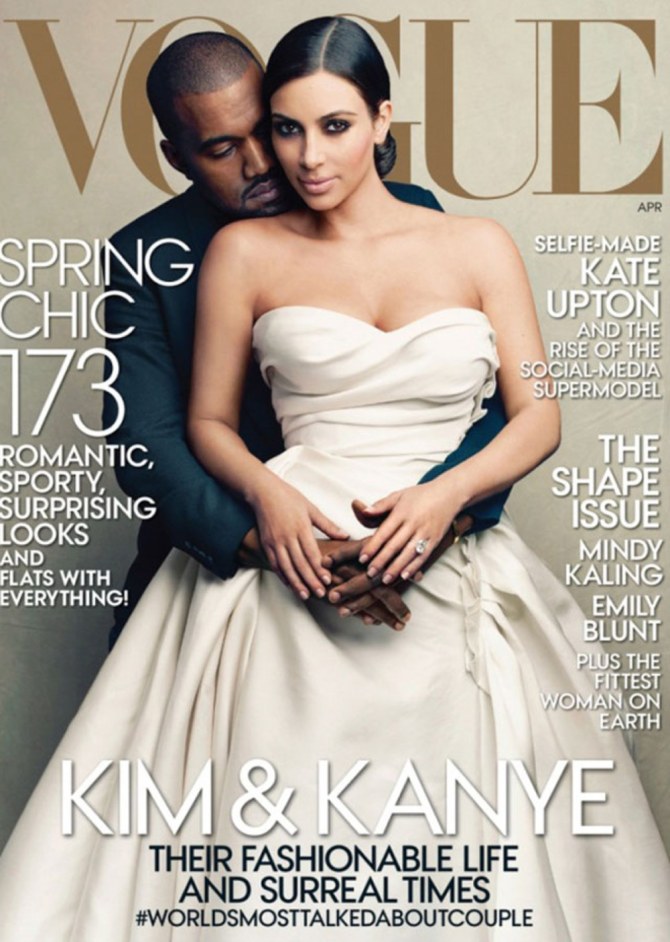 which, given all the other things happening in the world, seems rather minor, but which also- given our apparent need as modern human beings to always be in a state of hysterical crisis over something- is, i suppose now, being manufactured into a huge big deal.

(and yes, there’s a whole quagmire of problems re: vogue here i’mma gloss- chief among them that minorities are notoriously underrepresented on its covers.)

like, this is a depiction of an african-american man that is millions of times better than the 2008 lebron cover… 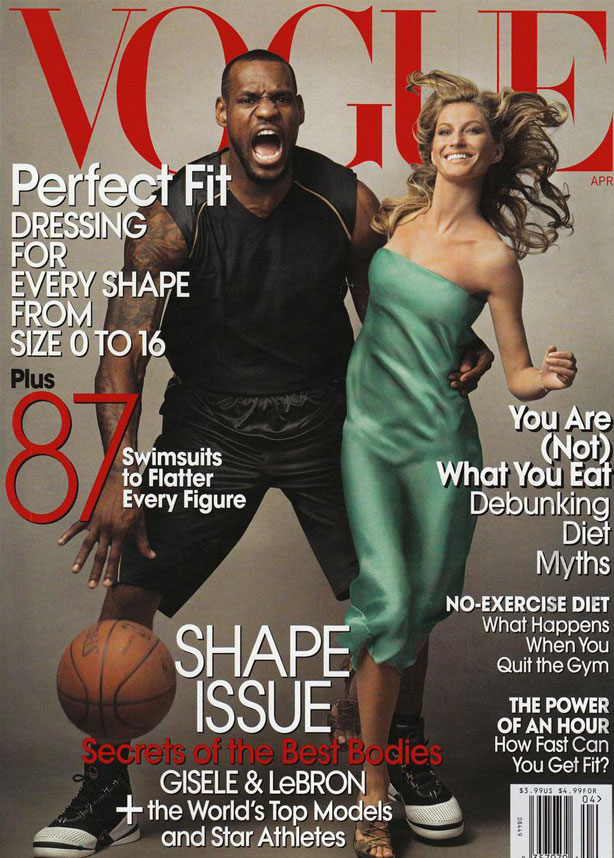 and the kimye vogue also depicts an interracial couple, which is- still, sadly- a huge big deal.

ok, back to why this is the end of the world. 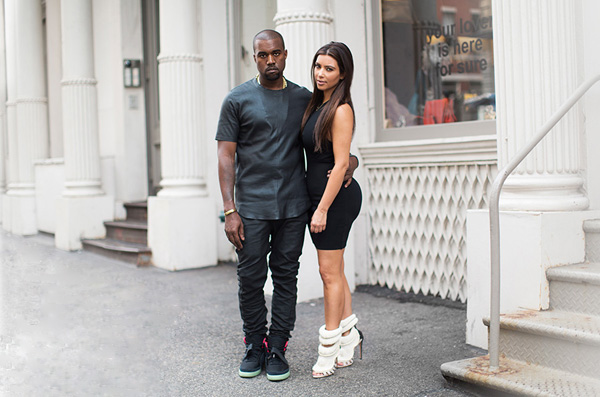 that’s, in part, due to all of these other things that did or didn’t happen before, which gave us a previously manufactured narrative of ‘anna wintour don’t want anything to do with kim kardashian.’

that narrative dates from the met ball last spring. you know, the one where the punkiest thing about gwynnie was that she said- in a vair vair uh-mazing interview– that it was hot and sweaty and all the plebs were there. 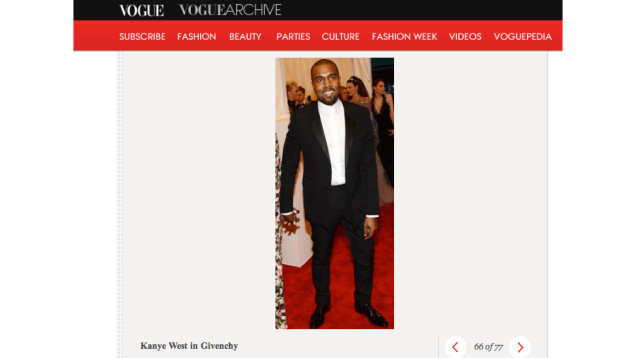 along with this narrative came the ‘kanye is determined to get kim on the cover of vogue‘ narrative.

for those with an ear to the ground of gossip, there’ve been rumblings about a kim vogue cover for months. in october,  kanye told ryan seacrest ‘there’s no way Kim Kardashian shouldn’t be on the cover of Vogue.’ in november, page six reported he was ‘pushing hard’ for a cover, because she was more relevant than michelle obama, who’s made the cover twice.

(an assertion i’ll contest with all my might  because FLOTUS > the kardashians forever and always. though i can also see how this would play out in kanye’s head as michelle’s just married to the president whilst kim is engaged to yeezus and presumably, for him, yeezus > POTUS forever and always so there you go.)

perhaps she is more recognizable as this…

so, basically, in this scenario, anna wintour was the bulwark standing between us (as americans? as snobs? as human beings? idk) and the legitimization of kim kardashian as a person of cultural significance.

and her only cultural contribution, thus far, has been gossip girl.

so people (SMG, in particular), perhaps we were expecting a little too much from vogue?

regardless, somehow the inclusion of kim kardashian on the cover has become a tipping point for what, i imagine, is a relatively small number of people when compared to the fuss being made (primarily on twitter, and then repeated by the media as a legitimate news story about there being a fuss on twitter).

wintour apparently anticipated the drama, as she takes pains in her editor’s letter in the issue, to defend the cover (there seems to be confusion as to whether this was a statement or is, in fact, her editor’s letter… i’mma go with that):

‘Part of the pleasure of editing Vogue, one that lies in a long tradition of this magazine, is being able to feature those who define the culture at any given moment, who stir things up, whose presence in the world shapes the way it looks and influences the way we see it. I think we can all agree on the fact that that role is currently being played by Kim and Kanye to a T.’

she also tries to kill the pre-existing narrative, writing, ‘You may have read that Kanye begged me to put his fiancée on Vogue‘s cover. He did nothing of the sort. The gossip might make better reading, but the simple fact of the matter is that it isn’t true.’

in her justification, this is particularly tantalizing: ‘Kim, through her strength of character, has created a place for herself in the glare of the world’s spotlight, and it takes real guts to do that.’ given that kardashian’s notoriety largely comes from being paris hilton’s best friend and having had a publicly released sex tape.

now’s probably as good a time as ever to ask the obvious question: why do we expect so much from vogue???

and also to state the obvious fact: which is that vogue in no way represents real life.

it’s a magazine about haute couture and it’s characterized by the same things that make haute couture so beguiling: its exclusivity, and the fact that it’s something to which we can aspire but are unlikely to attain.

the furor surrounding the inclusion of kim kardashian on the cover of vogue seems to be about the puncturing of that exclusivity. the sense that if kim kardashian can get in then anyone can. which is pretty much the american dream, non? 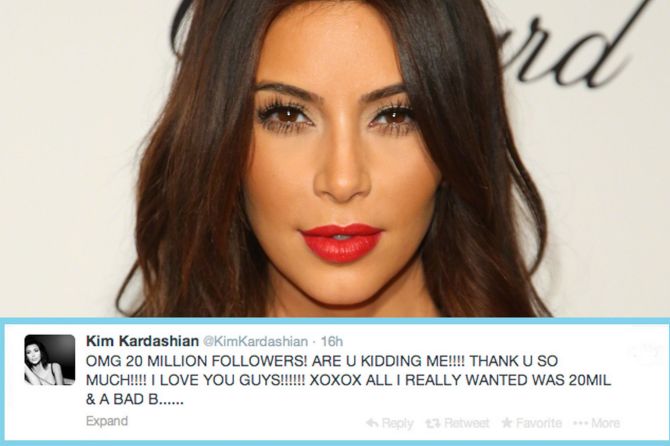 so why’s everyone against it?

does it really come down to the sense that, in a society where suddenly everyone can be famous, everyone can be a star- on twitter or facebook or instagram or the internet at-large- vogue was seen (by, admittedly, a very select and privileged few) as the last remaining bastion, the last place this sense of ‘everyone’s a celebrity’ hadn’t infiltrated?

and does kim kardashian’s appearance in its pages represent that era’s end?

i’ve nothing but questions, no answers. but if we go by the platitude that our thoughts about celebrities often tell us more about ourselves than about them, then what does the fact that kim kardashian’s landing the cover of vogue incited such a frenzy say about us?

she’s obviously not going away. she is possibly maybe even the future. so perhaps it’s time we start thinking seriously about what that means…

10 thoughts on “a meditation on VOGUE, kanye, kim, covers, sarah michelle gellar, and the american dream”