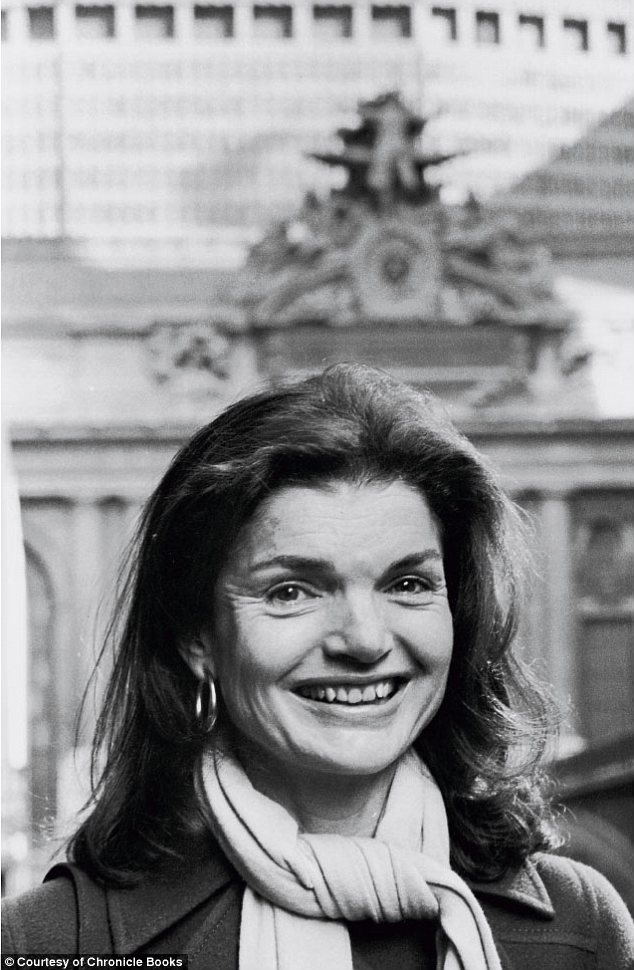 and i realized i’ve just totally glossed over the father leonard letters as though they never happened, but they bring up all manner of biographical/historical/ethical brouhaha so i’ma pretend just a little longer like that’s not a pressing thing we need to discuss.

hey, instead, let’s talk about how grand central is recognizing jackie. and let’s use britney to get in touch with our emotions.

so the daily mail‘s article is surprisingly subdued (especially given how, simultaneous to this, a man with a tattoo of richard nixon on his back has come forward to say that tennessee williams told him that jackie spurned nixon’s advances.) but here’s the plaque…

and here’s the foyer renamed for jackie…

but, wait. let’s go back to that plaque.

first, big huzzah to the image being of 70s jackie.

obviously, i’m all for that as it’s both period appropriate (the fight to save grand central went down in 1975) and delightfully subverts the posthumous rehabilitation that suggests only jackie’s kennedy years are of use to us. so yay the 70s!

but, as for the artistic merits of the portrayal, what do we make of that?

there aren’t a lot of angles, but here’s another…

from this angle. maybe there are other angles to which we’re not privy where it looks a bit less ghoulish, a bit less like she’s 5,000 years old.

(dear people of new york, get thee down there and send me pics!)

dare i hope she looks maybe even bit warmer? more like this:

which is, let’s be real, quite lovely. look at that twinkle in her eye. the hint of naughtiness.

then look at this: 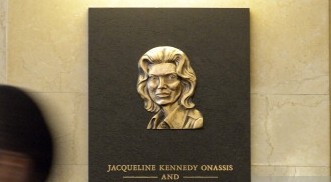 why is jackie so serious?! so soulless??? can people on plaques not appear to be having fun?

this is the face of the woman who saved grand central. it’s a joyous thing to have done. why is she so grim?

i’m not at all certain, though i do wonder if it doesn’t point to the idea that there are instances where we can acknowledge her post-JFK life because it is a necessity- for it would’ve been terribly anachronistic to have reverted to the standard portrayal… 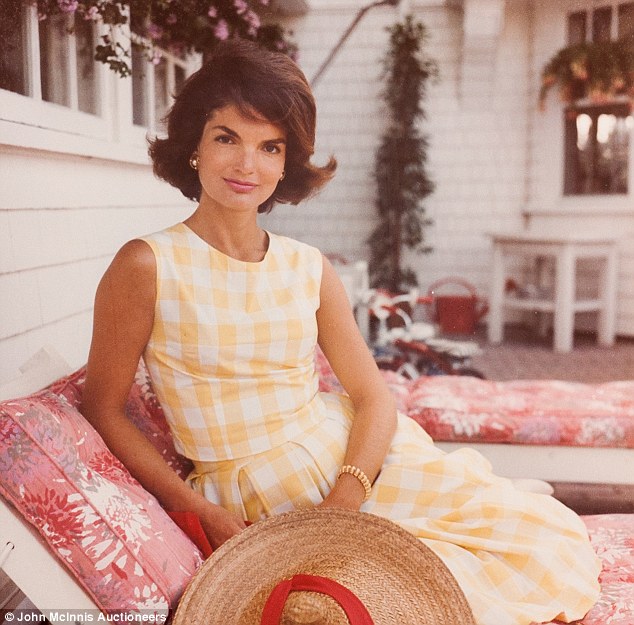 in this context- but, within that acknowledgement, she must be kept in her proper place.

she must remain sad and be appropriately mournful. heaven forbid she have joy.

this is a gross misrepresentation because she was, i think, often happy and this is, in part, a huge element of the endurance of her image: the fact that she represents survival and transformation. using the image to focus solely on the sadness brutally distorts the life.

looking at the 70s incarnation of her, when she first appeared on that women’s history handout i received in 6th grade, her joyousness was what struck me. she looked so different from all the other women on offer- because she was far more modern, yes, but also because she smiled. lookit…

who would you want to read more about here?

how sad to see that, as she passes deeper into our history (and the placement of a plaque in your honor commemorating something you did 40 years ago is a historicizing act if ever there was one), we’re taking that away.

we’re putting her up there on that wall for all time immortalized as a stern, scary woman who looks more like christopher walken than herself.

how bold it would be to sneak the joy back in…