because biographical research takes one to all manner of rando places, i’ve been thinking about hair dryers today.

this isn’t really sooooooo random. the magazines i’m writing about were believed, at the time, to be the province of “The ladies under the hair dryers in the nations beauty salons” and because beauty parlors and hair dryers are two things that have rather radically changed within american culture in the last half century, it makes sense to do some research into what they were like and reflect on the changes that have come. 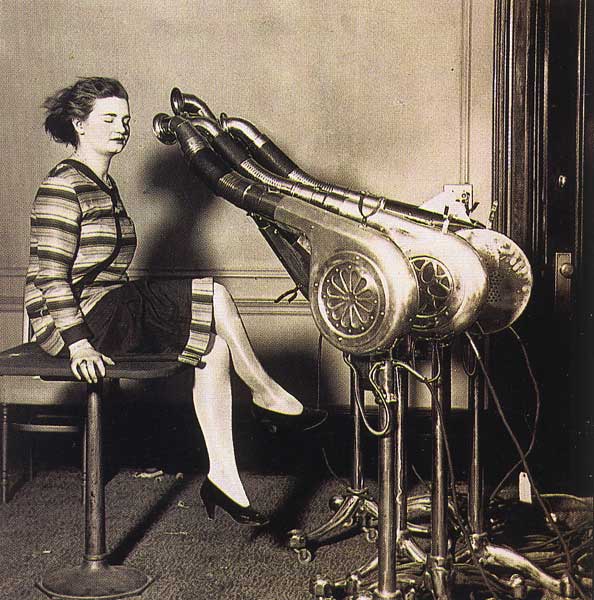 why no, you probably wouldn’t because that was the 1920s. but this might be more familiar…

i’ve been thinking about hair dryers because i want to get the historical detail right… for example, i’m pretty sure shampooing looked like this:

the answer is obviously both, but do you spot the difference?

other than one looking modern and the other looking alien, the biggest difference is that one grants the user the ability to do other things while the other means simply drying one’s hair.

this is an important distinction. because lookit: 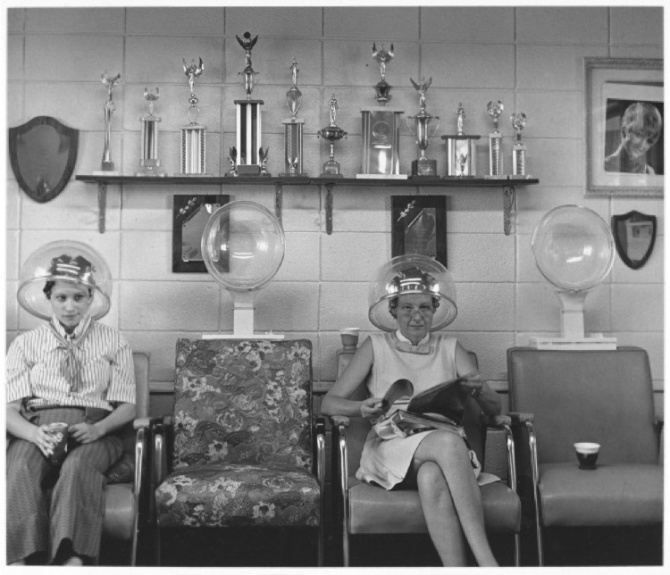 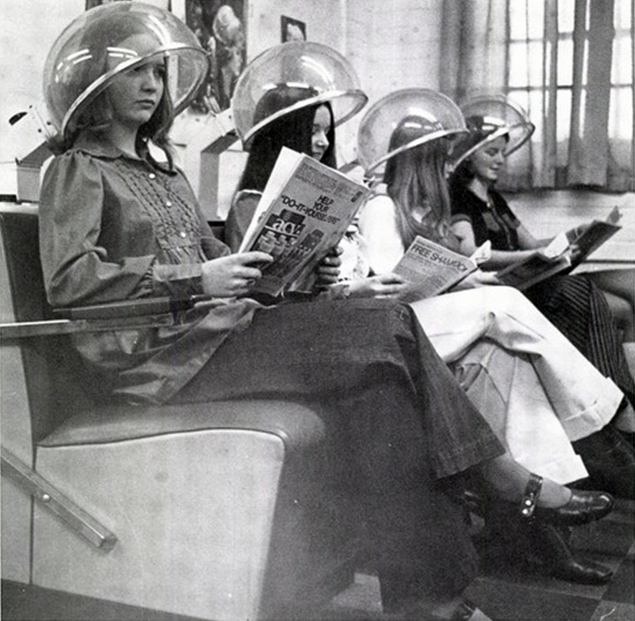 they are all reading.

which isn’t to say that every woman who ever sat under a hair dryer spent the time reading.

what it does suggest is a moment now lost to us: the moment of stillness spent waiting for one’s hair to dry. 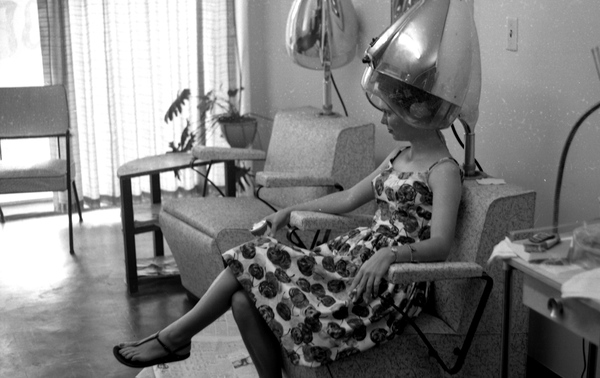 the loss of the sense of community that came from going to a beauty parlor is not inconsequential, but that’s a different discussion and one i’m less interested in today, because today i am all about hair dryers. 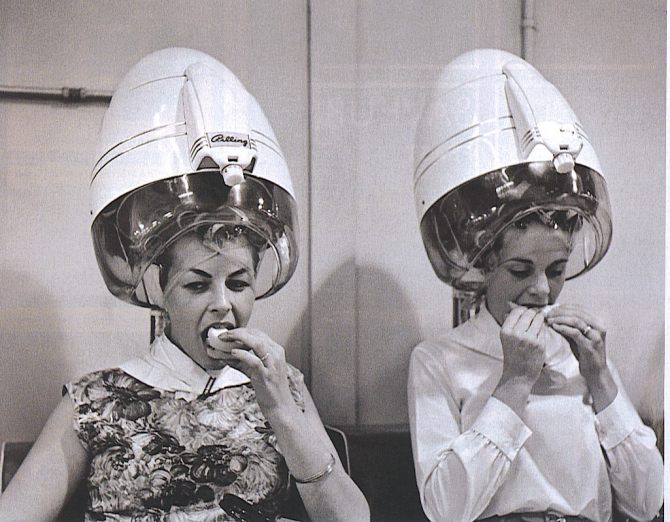 in 1965, for the benefit of men who wondered why their wives spent so much time at the beauty parlor, the columnist helen weiershause described the process like this: “Her hair is shampooed—rinsed—shampooed again—rinsed again—combed—cut—rolled—dryed—unrolled—combed—brushed—arranged—sprayed—further arranged—further sprayed—and away she goes!”

but she took pains to place special emphasis on the hair drying phase, claiming, “Time spent under a dryer is not necessarily wasted,” because women used it to write and read.

and she also noted: “A woman beneath a dryer is in a brief, secluded little world of her own. She can’t hear the conversation and laughter in the room about her. The time she spends there is all her own. To most busy, active homemakers and business women time spent quietly under the warm shelter of a soothing dryer is a peaceful experience.”

this is backed up by the fact that when improved motor technology led to new forms of hairdryers that were more portable, they were met with resistance. not because they looked CRAZY…

which they so totally did.

but because with their emphasis on speediness: 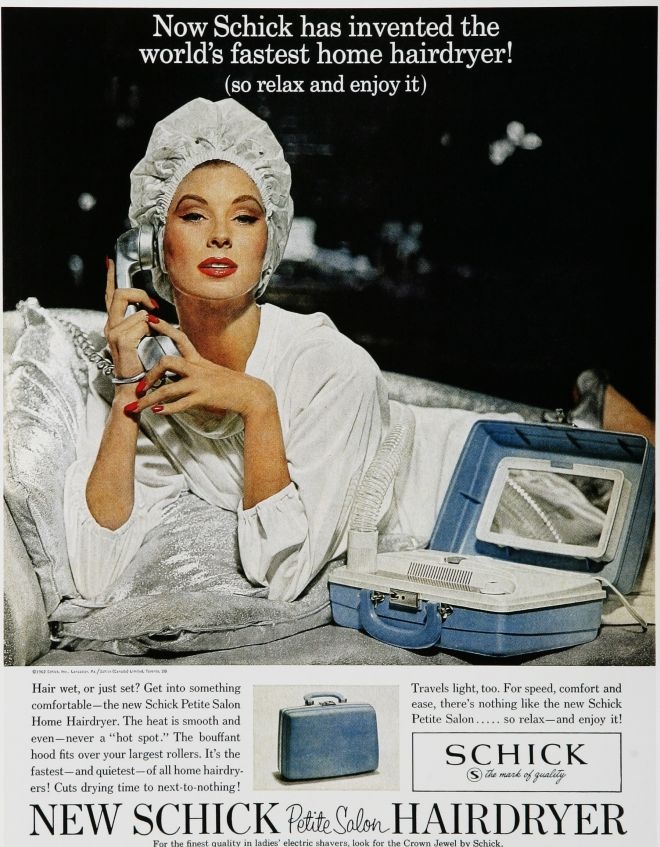 they were anything but relaxing. and they did away with this genuinely relaxing moment of stillness that helen weiershause described.

women were not happy.

“For at least 87 per cent of American women her date at the beauty parlor is the only really sacred hour of the week,” the columnist inez robb wrote in 1965. i don’t know where she got her numbers, but the sacredness of that hour doesn’t seem to be suspect.

when the “Walk-Wear Home Hair Dryer” was released, robb received a letter from an irate woman in massachusetts complaining about the machine’s mobility, how the “extra long cord… lets hair dry while working.” 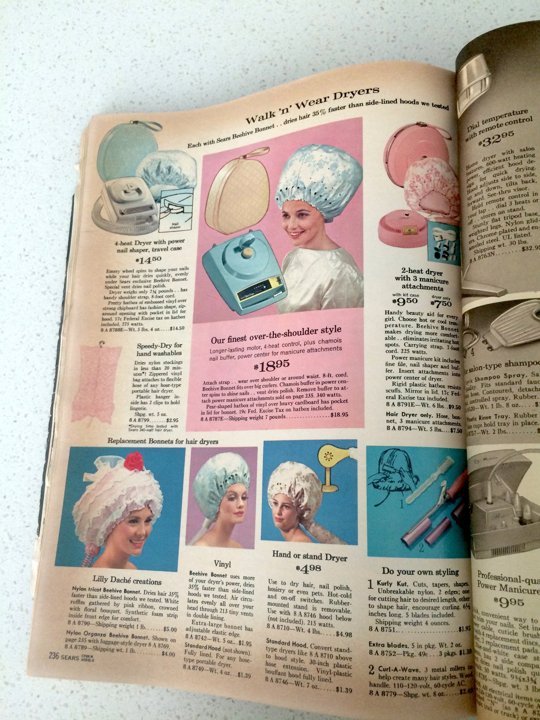 “when hair is drying, i don’t want to be mobile,” the woman wrote robb.

“i want to be supine, recumbent, homaloidal under a dryer in a beauty parlor. i don’t want to be up and working, attached by a cord, no matter how long and extra…”

“what annoys me,” she wrote, “is that some man- no woman would do such a thing- has invented a gadget to deprive me of the only 30-to-40-minute period each week when i enter nirvana.”

in thinking about this space in women’s lives and its removal, i’ve been reminded of how i used to, when i lived in the U.S. and subscribed to us weekly, look forward to sitting in the bath each tuesday evening after work and reading the magazine cover to cover. 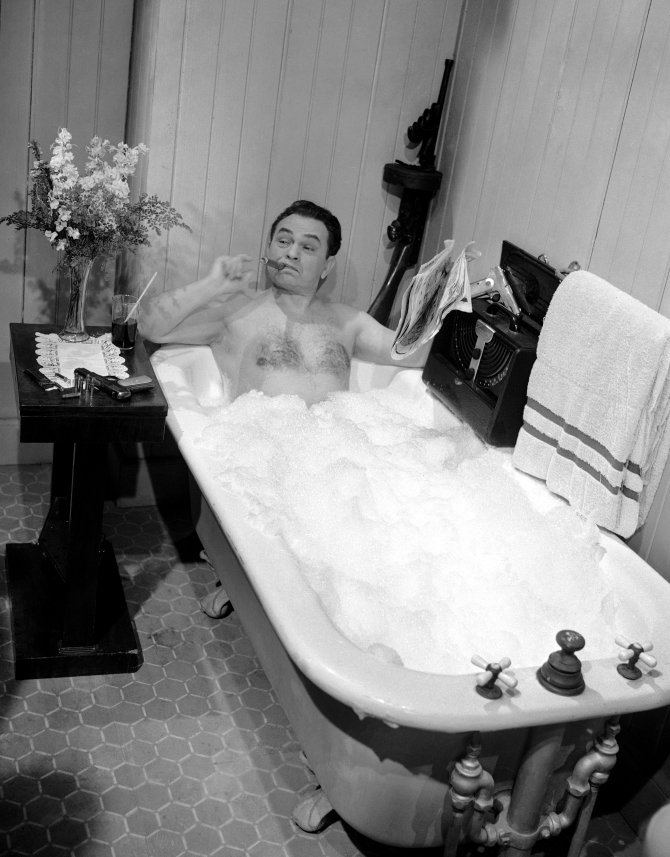 Actor Edward G. Robinson portrayer of tough guy parts in the movies, does his best to keep a stern face as he underwent a bubble bath in a movie scene in Hollywood on March 17, 1948. He has his inevitable cigar. (AP Photo)

(which i illustrate with this image of edward g. robinson simply because looking for hair dryer images led me to it and when am i ever gonna have another chance?)

the thing about my reading in the bath wasn’t its decadence but its stillness.

now i don’t have a bathtub, so i paint my nails and do face masks.

all of which are time honored ways of guaranteeing an immobility that is refreshing. but they do not approximate the experience of reading gossip in the bath, and the change in the experience has been profound.

i now read gossip online. it is not relaxing. there are pop-ups and the pages don’t load quickly and then i have a stray click and they take me three posts beyond where i wanted to go. or i’m reading it on my phone and the battery runs down or i get distracted by a call or text or something. there is always something. it is not an experience characterized by stillness.

reading gossip is, in terms of experience, now almost exactly like reading an email, a far remove from holding a magazine while enjoying a warm bath.

in just the last 4 years- partly due to my move abroad but also due to changes in the availability of online gossip which have meant that i don’t need to have a subscription to us weekly to know the entire contents of us weekly‘s reports- that space in my life has almost completely disappeared.

the hairdryer used to provide a similar moment of stillness. because i’m rather obsessed with all of the details of lived experience that fall out of history, i’m particularly obsessed with still moments and the cultural shifts in which they are erased or revised.

the beauty parlor wasn’t a still place- it was a chatty community space- but the hair dryer was, and both played an important role in the mid-century american female experience. which means they played a big role in american life.

robb speculated that because “80% of American women do either all or 91.3% of their reading under the hairdryer” the hairdryer was “the most potent factor in American culture.”

she was teasing, but- because i’d spent all day sifting through newspaper columns trying to fill in the blank space of the cultural significance of 20th century beauty parlors- i couldn’t help laughing out loud at her next paragraph:

it’s truly amazing how unseriously we take the cultural ephemera of our own times. what robb finds laughable, i find significant.

i’ve just done a close reading of the weekly hour women used to spend under the hairdryer.

i have done this because, fifty years later, that hour no longer exists. 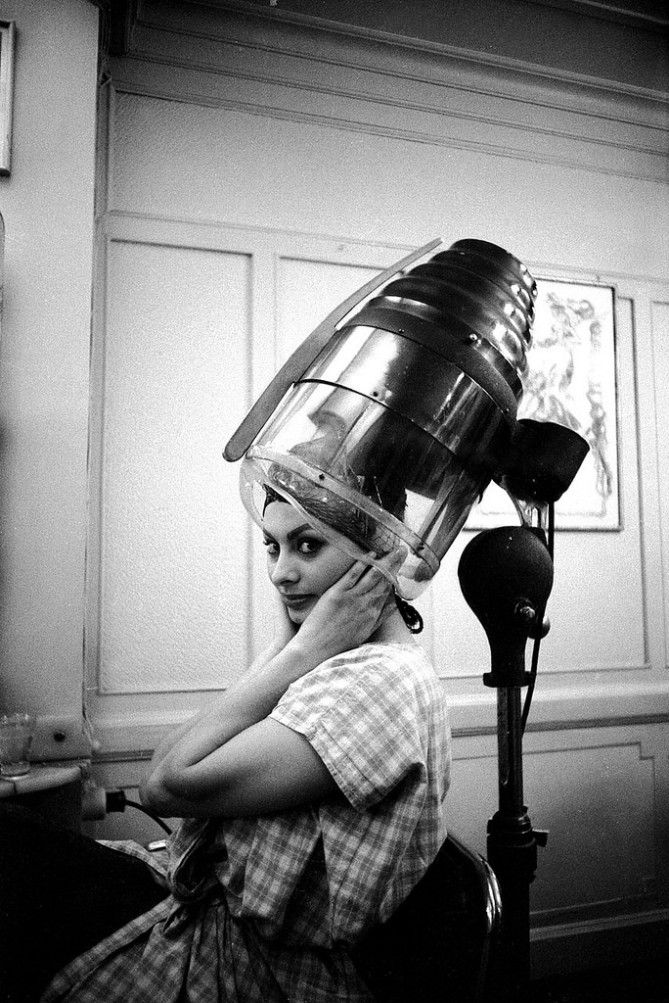 One thought on “a moment of reflection on our cultural loss: the importance of hair dryers in mid-20th century american life”