i’ve been working with movie magazine for YEARS and, after awhile, one gets rather inoculated to the crazy. and so looking at this copy of july 1969’s TV star parade, i was initially like, ooooh, everyone looks sort of like stained glass, and was prepared to leave it there. BUT NO WAIT.

because um… did you notice joe namath’s mustache??

true story: this is small beans compared to the TOTAL WONDER that is rosey grier’s needlepoint for men.

which is all of the things, all of them good, forever and ever amen.

but. we’re talking about namath here:

never mind what namath is saying, because i failed to copy this article so i actually do not know what that is about and have no way, at the moment of finding out. BUT, wait: what is happening on joe namath’s face, ya’ll??

if you grew up watching the brady bunch in TBS’s 3:05 p.m. time slot after every single day of elementary school as did i, then you know joe namath is supposed to look like this: 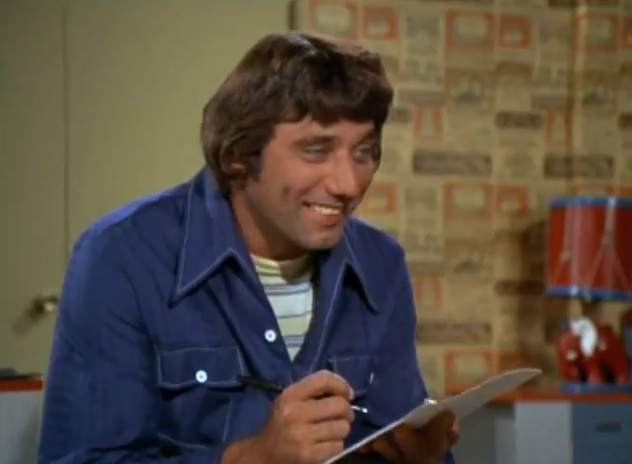 if you did not grow up watching the brady bunch, then you are maybe totally lost. poor you 😦

but, from that one time bobby brady faked serious illness to lure namath to his house because he’d told some friends he knew him (why are problems on kid’s programming so often solved by faking serious illness?), we may remember namath as sort of dorky cheezeball hot.

maybe. if you’re into that. 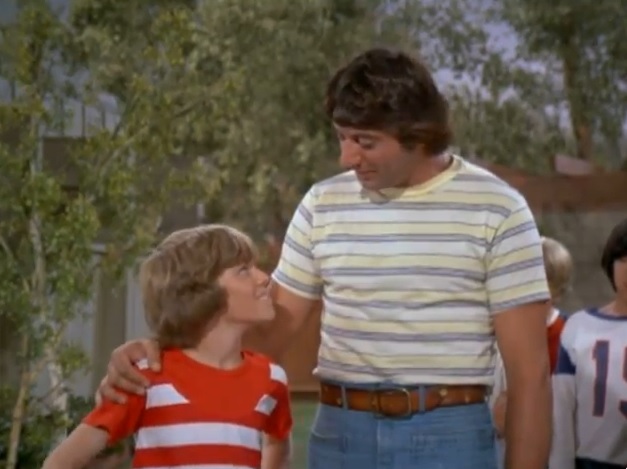 but this fu manchu- or handlebar (there appears to be some controversy as to what to call it)- makes him instantly more interesting, no? 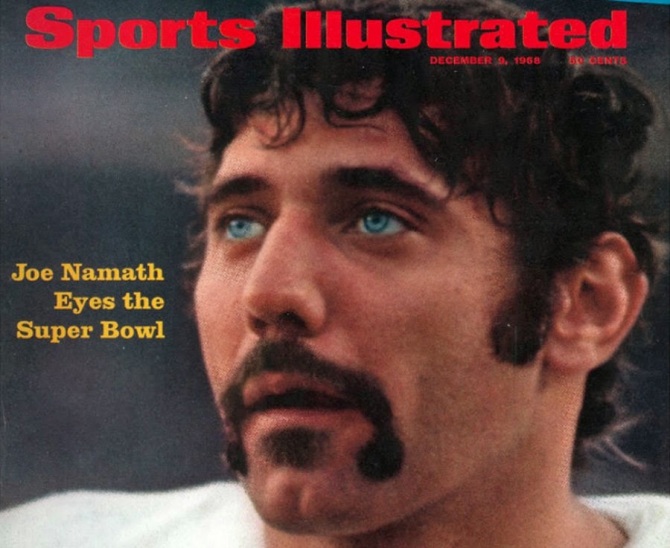 though he had it only briefly in november 1968, it’s apparently ranked the 8th greatest mustache in NFL history.

i mean, i was already gung-ho to go deep into analyzing it, but its being historical really sealed the deal.

so there was a lot of controversy around namath’s mustache- the question of whether it was inappropriate and a sign of dissipation and revolt.

namath pooh-poohed it and said all the parents were being uptight and there’s nothing wrong with mustaches. 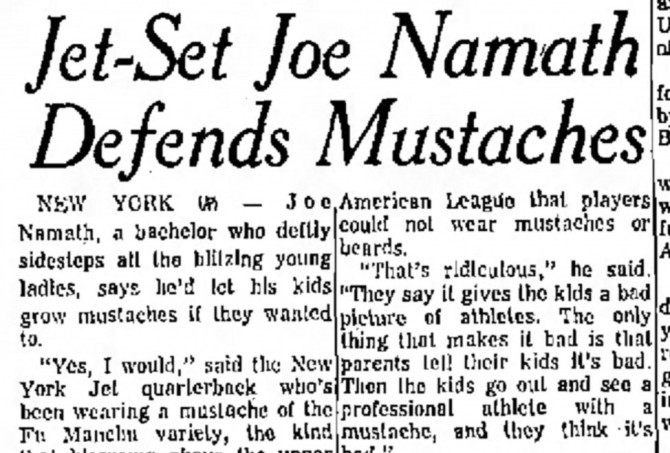 he continues to rock the stache and says he will until the jets win their division.

the jets win their division and, still, namath has the stache.

and lo! thus begins one of the greatest  endorsement careers of all time…

and, i do not know if this is real but there you go: