another day, another instant-classic of award-winning alarmist reportage from the daily mail. let’s dig in…

and so, because DIANA… 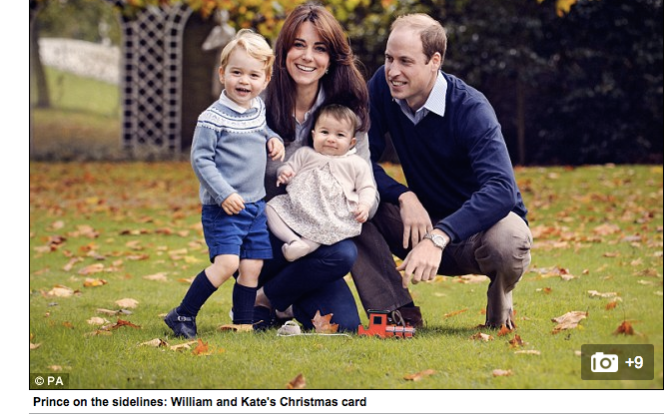 do you think william’s rethinking his choice to squat on the right? the mail makes it sound like there’s a country mile between them when he and kate are actually touching. he’s on the side but he’s hardly on the sidelines.

do you think william’s rethinking whatever he did to piss off the daily mail? because, for real, NOT TO PUT TOO FINE A POINT ON IT, but that was harsh.

dear william; you’re bald, you’ve opted to crouch in such a way that this is very very obvious, and you look like you’ve crashed your own christmas card.

safe to say the daily mail would’ve been perfectly glad with this: 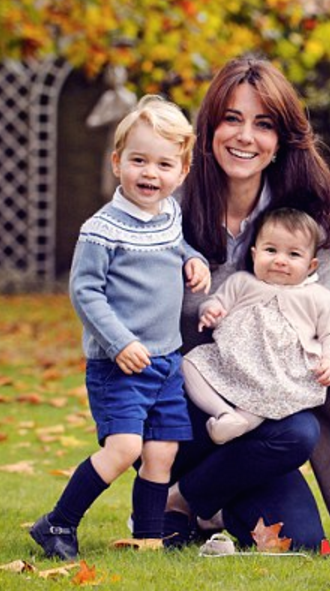 OH BUT WAIT, they’re not for that either.

so the holy trinity is “understandable” but “slightly tactless.” and the daily mail‘s got tact in spades so they don’t go for that.

castigate william for being boring, but of course.

NOT TO PUT TOO FINE A POINT ON IT, but william is not glam.

the daily mail then goes on for paragraphs and paragraphs putting a very fine point on how not glam william is in contrast to his wife and how everyone is sad now when she doesn’t show up. this, in itself, is vair vair boring so i’mma skip to the good stuff and you can go see for yourself here.

so… in recent months there has been a tiny tempest brewing in the UK press around the matter of prince william. perhaps you were dazzled by the ongoing nonsense about harry and pippa and therefore missed this but it is out there and it is ongoing, though this letter from kensington palace (ie. the cambridges’ american press secretary) to the british press, which was sent in august, went over like a bunch of lead balloons and pretty much acted as a declaration of war.

the mail mentions this…

and heaps praises upon her…

alas, no more. this week, she’s on a christmas card and her hair is glossy and she’s a star.

NOT TO PUT TOO FINE A POINT ON IT, but this is an article based on photographic evidence from a christmas card, making the argument that kate is eclipsing william, and yet the article keep circling back to mention how william hardly merits mention.

despite the 8 paragraphs on kate’s hair and clothing, i find william the far more compelling character in this piece.

seriously. did this paragraph not reel you in???

that is like something out of shakespeare!! (though admittedly, the mail is taking some creative license in their paraphrase.) where is that guy in this story?

it’s like the mail, angered by his “sometimes extraordinary complaints about life in the spotlight,” is actively trying to undermine him by looking at his christmas card and telling us he’s irrelevant.

because, OF COURSE, william, no doubt, consults the daily mail every morning to see how he might be his best self, the mail‘s got his back…

“a white shirt might become a blue shirt” = WORST.ADVICE.EVER. seriously. we’ve just told you you’re bald, aesthetically unappealing on your christmas card and your wife is completely eclipsing you in your public life. william has many many problems and a blue shirt’s gonna solve ’em all.

“it’s not simply the case that an average-looking, balding man will always be in the shadow of a wife as beautiful as kate.” ETERNAL TRUTH. WORDS TO LIVE BY.

i like to imagine that kate is, at this very moment, up in her women’s auxiliary at sandringham embroidering that on a pillow.

the daily mail is nothing if not life-affirming.

so this does not have to be william’s destiny. except, you know, DIANA. and harry.

i feel like maybe we need to have an intervention with the people on the street so that they might be stirred to give the royals equal attention during walk-abouts and we might be spared daily mail interpretations of the happiness of royal marriages based on christmas cards. that would be a beginning at least.

you would think this was all leading up to a divorce announcement (her hair is glossy, but she steals my thunder!) but the mail ends its indictment on a quasi-happy note.

“broadly, yes”?? WHAT DO THAT MEAN?? his minding is deep and wide?

ok, so “with the exception of minor details,” he minds ALL OF THE TIME.

but lo, a christmas miracle amongst the ruins:

prince william is not an ego maniac commanding protection officers to shoot photographers!!! huzzah. he is simply a concerned spouse.

moreover, in things that might not have occurred to you during this opus on his loss of star power to his wife, william has star power all his own.

HIS WHOLE LIFE IS THUNDER. omg, it’s almost like he’s a PRINCE and will one day be KING. plus, you know, DIANA.

seriously, among the many competing narratives in play here, obvi i’m all about william calling photographers terrorists- that seems the more creatively rich- but this whole Everything Comes Back to Diana (christmas cards, william’s dullness, william’s star power) narrative cycle is pretty amazing too.

you guys, the daily mail– counting on us, as they always do, not to read to the end- has built us a house of cards. watch it all come down…

WAIT. WHAT??! they’ve told us repeatedly here, from the insight they gained in looking at a christmas card, that william is like charles and william’s marriage is in threat. now, in the penultimate paragraph, the big reveal: his marriage “seems happy and stable.”

so his home life is fine. all is well. you know what the problem is?

the cropping. and you know who did that? tabloid editors. 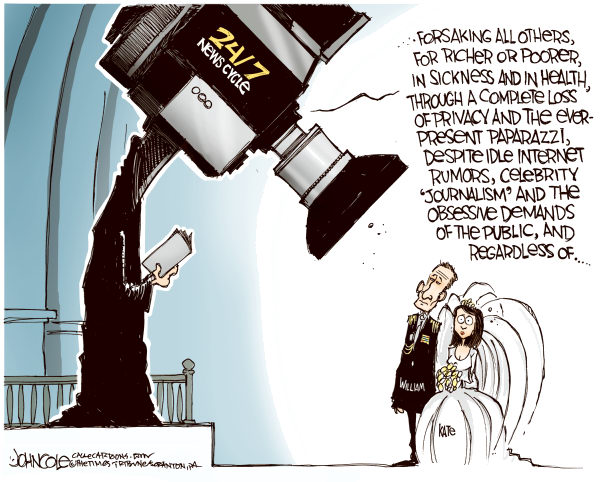