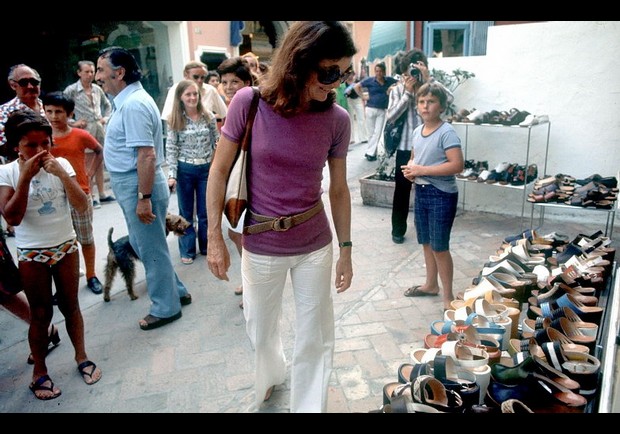 perhaps you knew this. perhaps you have seen the burst of jackie news in your jackie google news alert.  perhaps you joined me in this eyeroll…

and were also like, what the what is going on with everyone caring so much about jackie’s shoes??

because it seems they really really do…

so there’s this one thing we never knew about jackie’s shoes.

which would imply that we knew all sorts of other things about jackie’s shoes and this one remaining unknown thing (spoiler alert: one leg was shorter than the other and so she wore a lift on her heel) is somehow shocking given how very much we already do know.

how can it be, these headlines seem to ask, there was anything left that we did not know about jackie’s shoes!?!?!?!

my first thought was that this was beyond stupid.

then i remembered, oh yeah. it isn’t.

because while you personally may not know that much about jackie’s shoes, there was a time where knowing about jackie’s shoes was kind of like knowing… hmm… i’m not sure of the parallel here. maybe it is like nothing we know now, but discussion of jackie’s feet was strangely common during her lifetime.

this was not always so.

during the campaign, whilst one knew many many things about her which one would no longer need to know about a candidate’s wife in 2017, her shoe size was not included in the tally.

and then, during her india/pakistan trip in march 1962… LO! factbomb.

then the pollsters got involved… 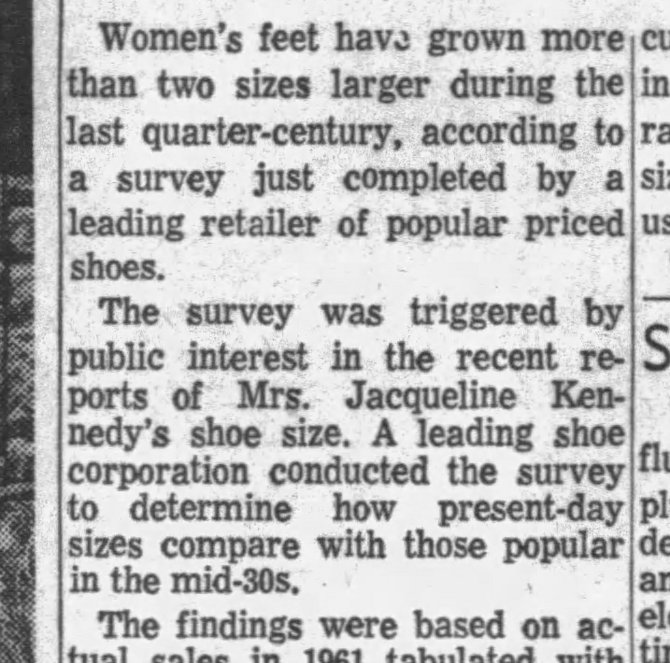 and the shoe salespeople weighed in…

as did the national shoe institute (no lie)…

but this detail didn’t disappear after the furor died down.

it was there on the occasion of her remarriage…

in the movie magazines a few years later, it was presented as though it were totally new…

it migrated into the biographies… 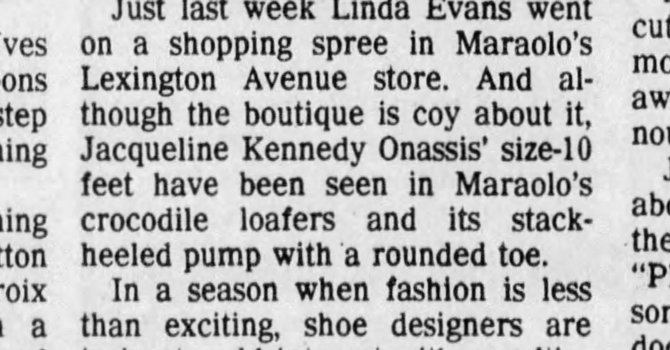 because, really, do you know the shoe sizes of the people in your life?

i know my mother’s because i played with her high heels as a child, but that’s it. and her feet have changed since then so i’ve no idea what they are now.

perhaps it should come as no surprise that this fact was, of course, repeated upon her death.

it is, in part, why, as an adolescent, i insisted my parents outfit me in size 10 shoes.

because, in that messed up summer of 1994, when i was trying and failing to be a lady and taking all my cues from jackie and dr. michaela quinn, i thought size 10 feet where an essential element if one were to play the part.

so, in light of all this, given that we- up to now- actually only knew one thing about jackie’s shoes- that they were size 10- and we clung to that detail for decades for dear life, perhaps it is rather stunning to learn that even this knowledge was tenuous, it was incomplete.

we knew her feet were size ten. now we know one of her heels was infinitesimally higher than the other.

forgive me for being ungrateful, but i’m not sure that actually adds anything to my knowledge of who she was. 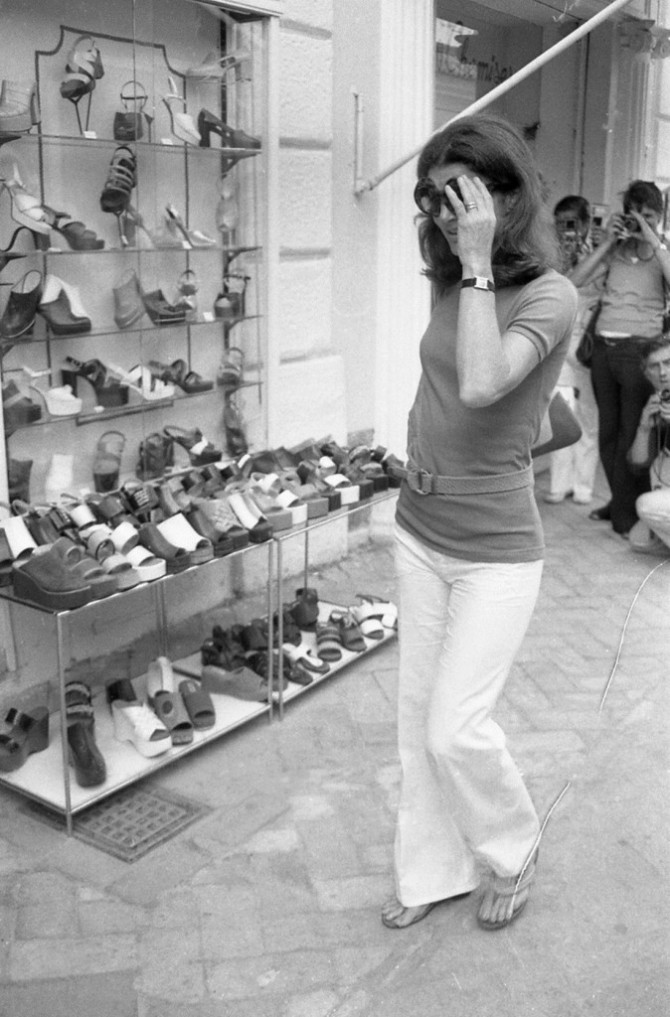 One thought on “on jackie’s shoes”