you know who was there though? caroline kennedy.

and you know what? she kind of brought it SJP-style. which is a fact, my feelings about which remain uncertain.

i’m a little wary of being arrested for copyright infringement, so let’s play a game. 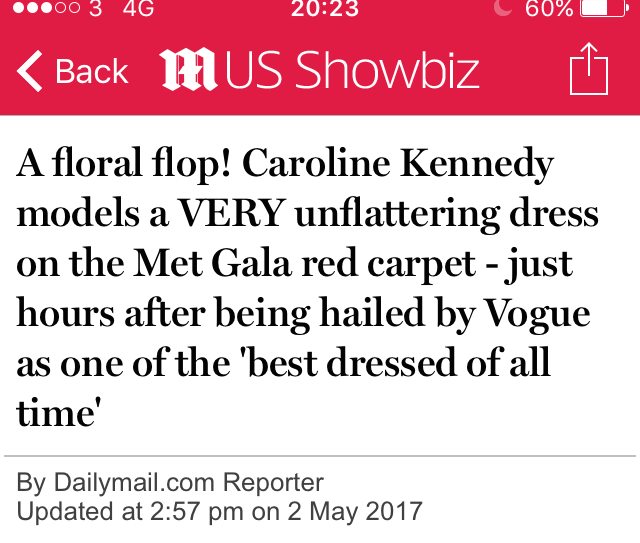 i’mma recreate her look based upon the description provided by our (wo?)man on the street: MR/MS DAILYMAIL.COM REPORTER.

ok, so we know it was floral. 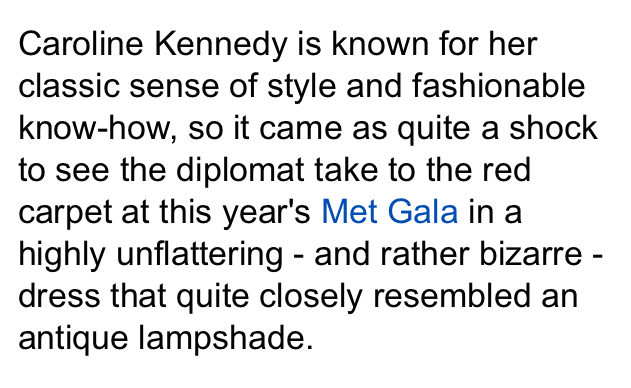 and we know it “quite closely resembled an antique lampshade.”

we’ve got that and then this… 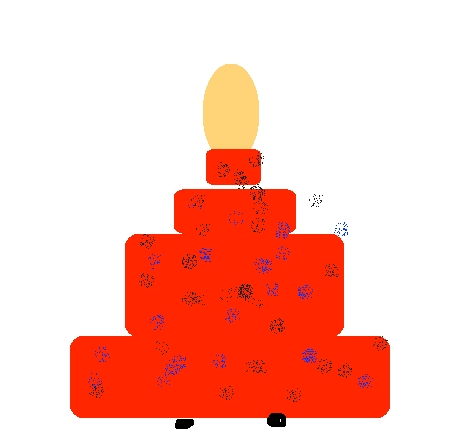 so that’s interesting. and in keeping with the theme of “rei kawakubo/comme des garçons,” with its emphasis on deconstructed womenswear, hybridity, and in-betweenness.

is it a dress or is it a lampshade? idk. and maybe that’s the point.

the mail seems to have one problem with this dress right off the bat. and that is that it is “VERY unflattering.” 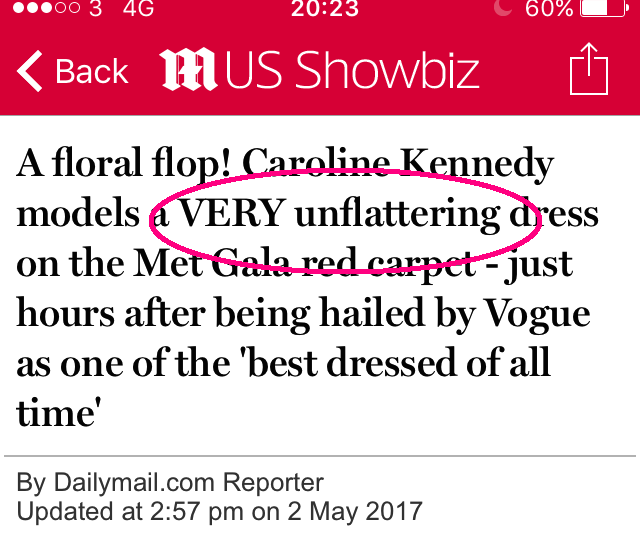 this is, as we have discussed, a publication OBSESSED with women’s body parts. 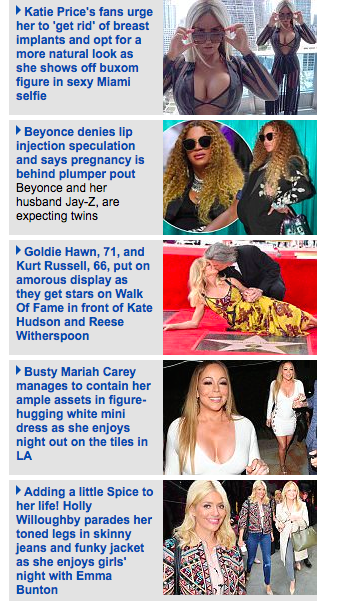 with pins and derrierés and curves and assets. on any given day, the mail‘s side bar reads like an anatomy course relayed through the language of the 1950s. tits and ass are their bread and butter.

is it any wonder then that the mail would find a dress which conceals everything, including its wearer’s arms, “VERY unflattering”?

that is against everything for which they stand. a stance on which the mail‘s own 2014 article on “Man REPELLING fashion” (wherein kim’s husband charlie plays the part of DAILYMAIL.COM REPORTER) sheds some light.

so odds were the mail was never going to like this dress caroline kennedy wore to the met ball. but they seem especially galled that she was, prior to wearing this dress, cited by vogue as having previously worn an iconic met ball dress. 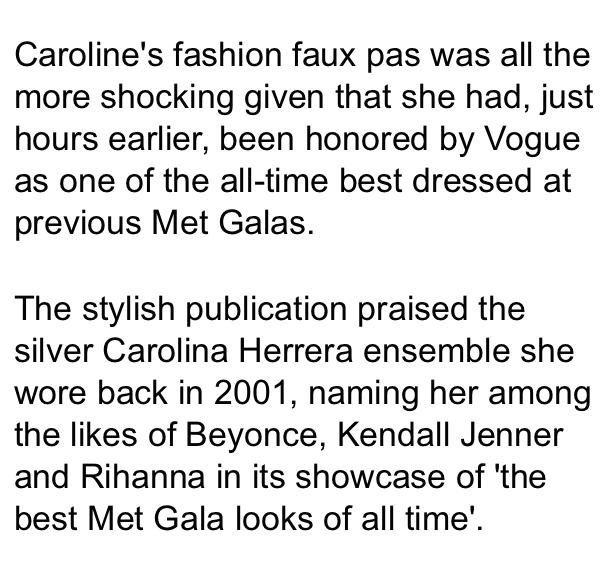 SHOCKING. given how irredeemable her ensemble was sixteen years later.

i swear, DAILYMAIL.COM REPORTER really does have the attention span of a dog.

the pivots are so inelegant. it’s like: shocking! unflattering! no arms! vogue! RANDOM VELVET PIPING!! 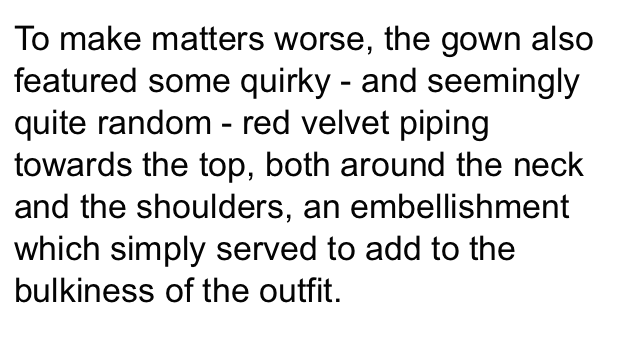 as is its wont, the mail swings wildly here between incredulity and downfall and redemption and fanfic.

oh, and also the amplification of extremely small actions into Brave Choices and Assertions of Personal Identity. 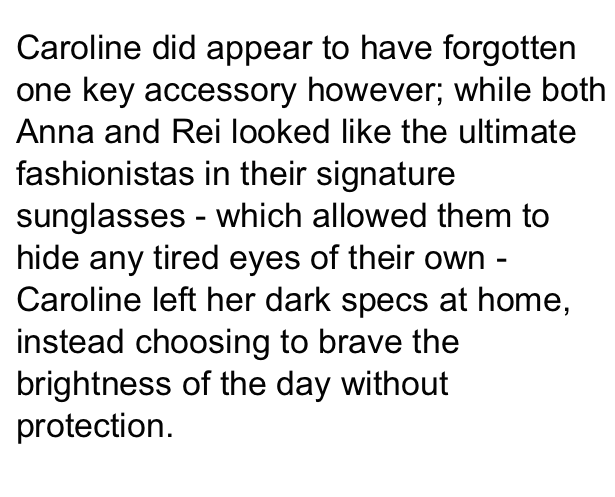 for the record: this is a woman who dared to attend the met ball wearing a fashion-forward garment akin to a series of extra-large floral reusable bags refashioned into a three-tiered lampshade.

and the daily mail is finding bravery in her decision to attend an indoor event sans sunglasses.