Few stories capture the glory and darkness of the “American Dream” so eloquently as that of Elvis Aron Presley.

Nothing about Elvis makes sense. He was a poor kid from Tupelo living in public housing in Memphis. He was straight but he wore eye make-up. He was white but he shopped on Beale. He broke every single rule.

During a particularly chaste time in American society, Elvis oozed sex – from his slicked back hair to the blue suede shoes. Of an early concert, TIME magazine offered the following description: “The lanky singer flails furious rhythms on his guitar, every now and then breaking a string. In a pivoting stance, his hips swing sensuously from side to side and his entire body takes on a frantic quiver, as if he had swallowed a jackhammer.” This was more controversial than anything Lady Gaga has ever done.

Shortly thereafter, a performance in L.A. was derided as a “sex show” and the vice squad was called. The King was unrepentant: when a judge in Florida prohibited him from swinging his hips during a concert, Elvis wiggled his pinkie finger provocatively instead.

There’s a reason they call him The King. Opera, gospel, ballads, blues, bluegrass, rockabilly, R&B… he could and did do it all, in a voice that could break your heart. In the words of one early commentator: “If ever there was music that bleeds, this was it.” Pick up any of his records today, and you’ll see that statement holds up.

But the establishment doesn’t always like innovation and, at the time, the combination of his “grunt and groin” antics onstage combined with the sexy rhythms of his music, earned Elvis a world of criticism. He was dismissed as “Elvis the Pelvis” and accused of moral degeneracy. “Old Blue Eyes” Frank Sinatra dismissed his music as “a rancid smelling aphrodisiac” that “fosters almost totally negative and destructive reactions in young people.” And maybe it did. As Bob Dylan later remembered, “Hearing him for the first time was like busting out of jail.” 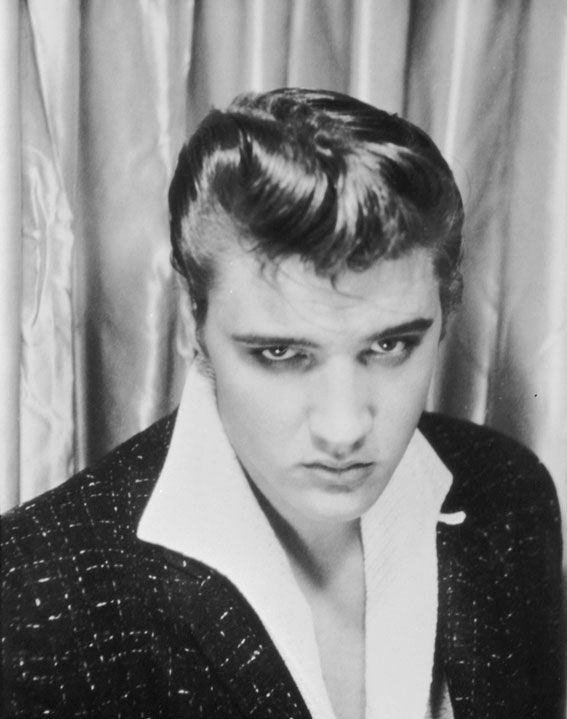 My favorite Elvis story is this… when he first went to Sun Records to cut a disc for his mother, Sam Phillips’ receptionist asked who he sounded like. The 18-year-old Elvis responded with a wink and said, “I don’t sound like nobody.”