well, well. so it’s one of those mornings where i went to bed thinking i’d write about one thing and woke up to discover i needed to write about something else.

because last night this struck me as nothing, beyond its imminent usefulness to me.

because really. look deep into the cockles of your heart: is this truly so shocking? 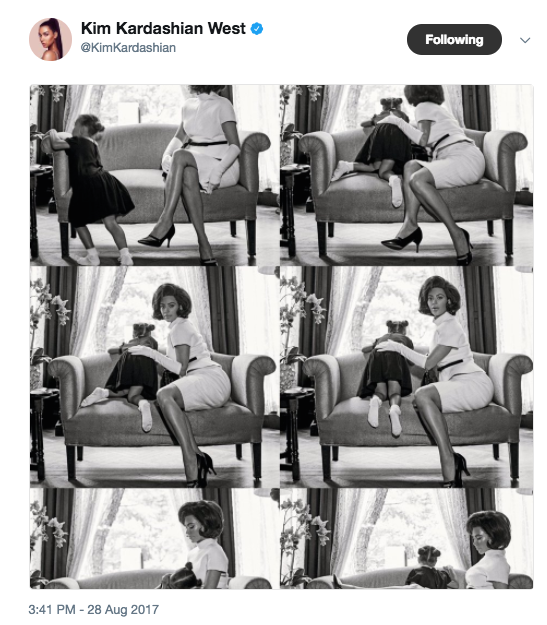 this belongs in the realm of there is nothing new under the sun.

kardashian interviewed liz taylor in 2011. in 2013, she was denounced for comparing herself to taylor in what the daily mail decried as her “most indulgent selfie yet.” in 2015, she did it again for a magazine photo-spread, in a  look i spent MONTHS trying to replicate.

this is actually what people do with celebrities.

kardashian is not the first person to play jackie. marilyn monroe did it in 1962. 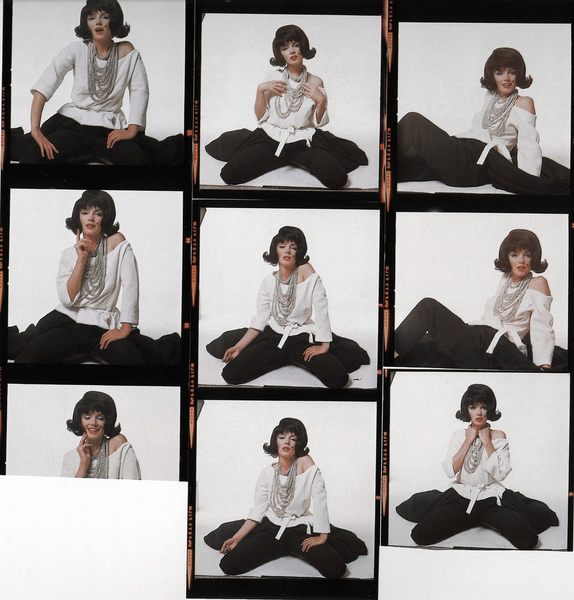 there is a real and legitimate and incredibly important conversation to be had around the darkening of kardashian’s skin in these photos for interview magazine.

i’m not going to have that conversation here because it is part of a broader, ongoing conversation around kardashian’s problematic representations of race and there are people way more equipped to offer an informed critique.

but i do want to look at the jackie kennedy connection being made here.

it’s a connection i’ve made myself in writing about our cultural reluctance to take seriously the varied nature of women’s work. in discussing jackie’s work as first lady, i evoked kardashian’s work as an entrepreneur.

love her or hate her, she is a pioneer in the cosmetics industry, and a vital part of a transmedial entertainment ecosystem that has shaped the conversations we have around women’s bodies, families and fame for the last decade.

yes, there was a sex tape. but to think this is entirely about a sex tape is to grossly misunderstand one of the most significant entertainment phenomena of our times.

look beyond the glam and the family vacays and the real estate. this is about family and race and gender and anxiety and mortality and america.

you know what other story is about all of those things? 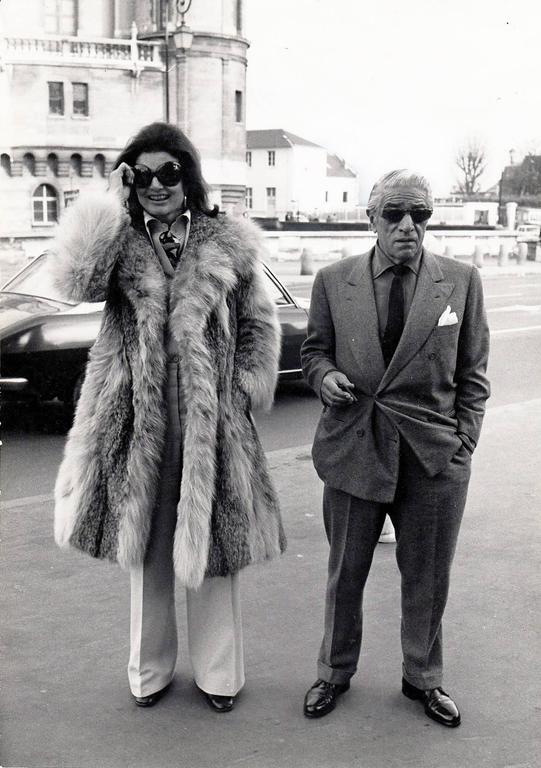 and if you are like, what huh? jackie ain’t got nothing to do with race! oh HELLO. 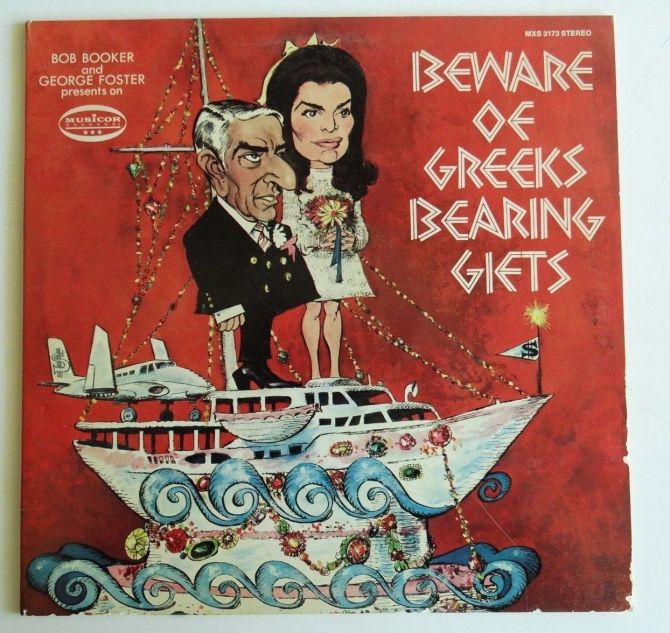 i assure you: the racism around this marriage was INTENSE. onassis was repeatedly cast as “the greek” and depicted as a pirate. a crucial element of his ugliness as it was portrayed in the press was his ethnicity and, in newspaper reports following her remarriage, the papers persisted in calling her jackie kennedy, lest she be besmirched by the onassis name.

it was intense and enduring. when she died, this whole marriage (which people are always astonished to hear lasted seven years) was essentially erased.

the name of onassis was not mentioned at her funeral. the marriage to onassis was glossed in the obituaries. my academic foreverlove wayne koestenbaum said the whole relationship “was erased with the absoluteness of Soviet regimes banishing dissidents from the historical record.”

it is telling that in retelling this story through the years- even nearly 25 years after her death- this period is either not a part of the story or its significance is dramatically reduced.

it is- not coincidentally, i believe- the period during which, to americans, she was perceived as and portrayed as being unamerican. 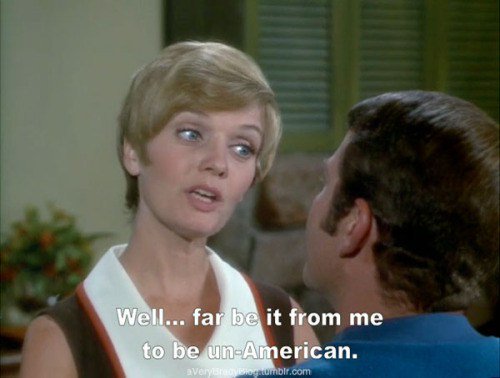 in spite of still spending most of her time in america.

it was so intense that it is, i would argue, still part of why when people think of jackie, even when they refer to her as “jackie o”, they are typically meaning this:

even though they are saying this:

unless they are talking about sunglasses. in which case they probably do mean the above.

the thing is. either way, we are talking about images, not about people.

in this, THE SUMMER OF DIANA, hilary mantel had an article in the guardian this weekend which made a point which is pretty much celebrity 101, though also one a lot of us miss or forget: “The princess we invented to fill a vacancy had little to do with any actual person.”

these people are images, vessels in which we insert ourselves. sites in which our own imaginations have their way. 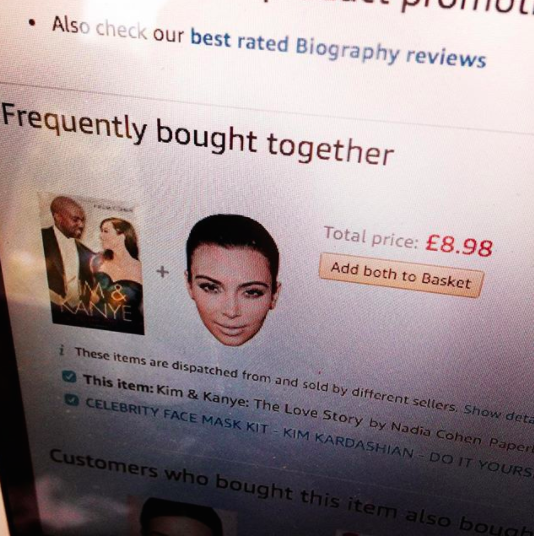 when we talk about jackie, we are talking about our own invention.

when i write a biography of jackie, i am still- even after all that effort- STILL writing about my own invention.

this is a collaborative exercise. i’m also writing about all the other jackies invented by different people, but in the end, the result of that is still an invention.

i am never really going to get at her, only ever at my sense of her.

that is what kardashian is doing in this photoshoot.

she is playing with an image. she is making something of her own invention.

calling upon a symbol (jackie as first lady, jackie as grand dame, jackie as AMERICAN) and bringing to it a whole other set of symbols that she herself evokes as a symbol and invention.

i’m making it sound too individual. she has undoubtedly collaborated with the photographer and the make-up people and the editor and the art director and a whole host of others.

we do not know where this idea originated. though we can probably conclude that she is interested in jackie given she bought a jackie-owned watch a few months ago. so this is a story which, independent of this photo-spread, holds biographical appeal for kardashian.

also, “new” first lady would seem to be a bit of a stretch. as this is also a narrative that has been with us for awhile (however seriously you want to take it).

BUT. what i’m aiming to get at here is the notion that it is ridiculous to think that kardashian should not be entitled to use jackie’s image in this way, that it was somehow wrong.

which has pretty much been the outcry on twitter. 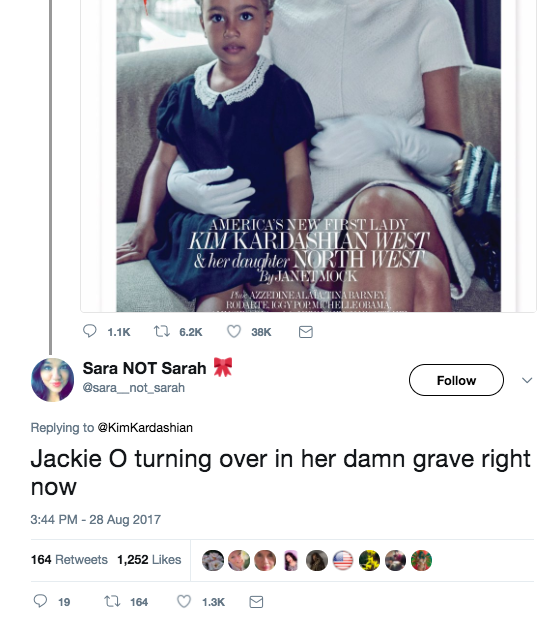 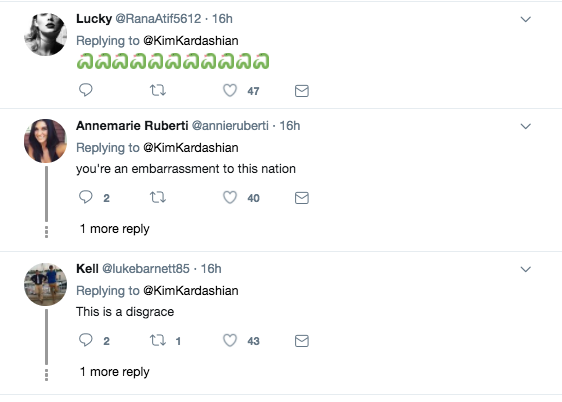 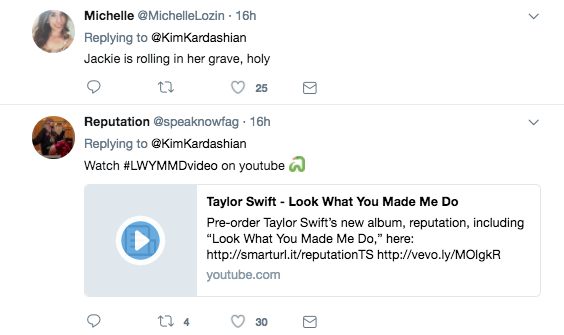 speaking as her biographer, i will say jackie is not rolling in her grave.

i will also say that it is probably inevitable that this critique would intersect with the ongoing narrative of taylor swift versus kim kardashian, recently given new life by the release of swift’s latest single “look what you made me do,” which is believed to be substantially directed at kardashian and at kanye west.

in this scenario are jackie and swift aligned as the victims of kim kardashian?

or is it that they are aligned as white women?

race is a part of jackie’s story in ways that are often overlookable (ie. the coverage of the marriage to onassis), still not recoverable because the archives suck and which are inaccessible to me because i am a white woman.

i can write about how most of the campaign events she did were for african american voters and how she integrated the white house nursery, but the story of black women’s relationship with jackie? that is a story i know i cannot write and one which i long to read.

in thinking about the response to kardashian here, it is worth noting: there was no significant backlash against lana del ray casting A$AP Rocky as JFK in the video for “national anthem.”

not necessarily a case of apples to apples as that was 2012 and 2017 is a different time, a different cultural and technological context. but it points to the possibility of differences in response. 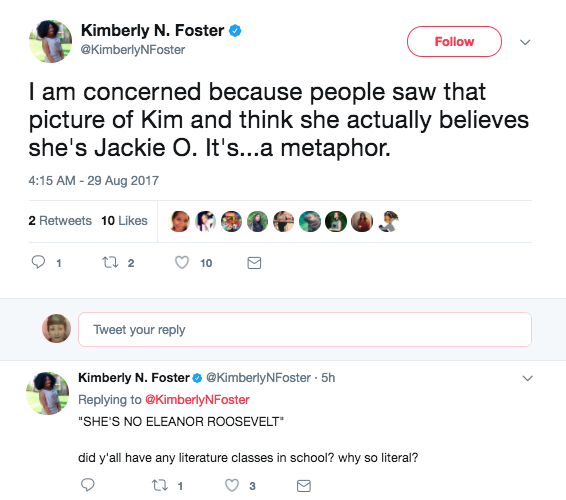 i research and write about how we use stories of the lives of others to navigate the anxieties of the present.

since 1994, there has been a ruthless “grace, class, dignity” motif in jackie’s story, one which i have always found tremendously boring but have come to realize- with its nostalgia for the days of yore and preoccupation with making america great again- is also racially inflected and can be very easily mobilized to reenforce whiteness.

this is the second significant time in the last few years that jacqueline kennedy onassis’s “grace, class, dignity” image has been weaponized to glorify whiteness, albeit this time it is far more subtle than the last.

in 2012, taylor swift was celebrated for dressing like jackie in her actual real off-stage life whilst dating a 4G kennedy cousin.

in 2017,  kim kardashian- a woman of armenian descent with a mixed-race child- dressed for a photoshoot as jackie- a woman koestenbaum once characterized as “a prime exhibit of whiteness in the whiteness musuem” (whiteness describing not color but “a placement on the U.S. racial grid”).

be real. despite the different time and different cultural and technological context, were taylor swift to step out dressed as jackie tomorrow, would the response to her doing so have changed at all?

because we live in a world where taylor swift has the privilege of doing anything she wants with jackie onassis’s image.

kim kardashian does not. 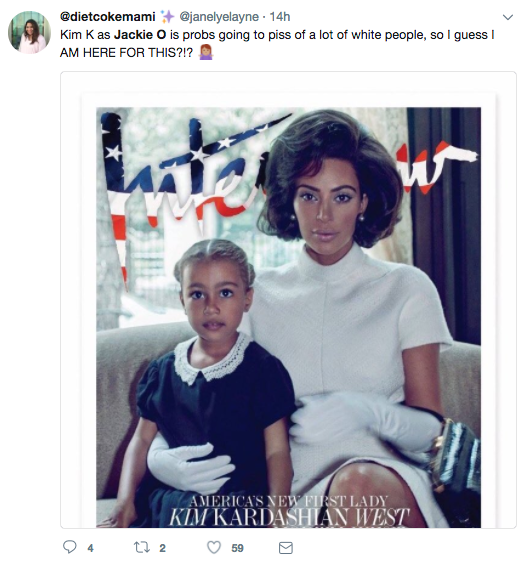