a thing to behold, right? (and big thanks, ysenda, we’ll now all have that shite song in our heads for the rest of the day.)

i particularly like the shift from broadway song to what sounds like a text message (jackie kennedy and her sister lee were sooooooooo jelly!!!!! LOL!!!! 😂😂😂) to the explication of “EVERYTHING” (into which i keep inserting “shoes” because that seems like the only thing that is missing.)

perhaps unsurprisingly, because you probably know a little something about me and jackie by now, i HATE THIS.

because it’s possible to be competitive and not be The Most Competitive People Who Ever Lived, right???

that sounds like something that belongs on a t-shirt. do you think they had t-shirts made? did their level of competition extend into competitiveness about who could best boast of their competitiveness? or was it more subtle? limited to a tallying of the number of times they were seen on nureyev’s arm?

because why write about a pair of women like they were people when you could make them sound like bracelets?

so obviously, this is a bit of a The Sex Lives of Dead People situation that we have going on here. but i have written about nureyev soooooooooooooooooooooooo many times that he has his own graphic here…

full disclosure: i have read this book. the one this article is about. i know i’ve fallen into a bit of a habit of excoriating books i’ve not read based on the biographical knowledge i have, but this one, i’m all in. which is not to say i was impressed. 😔

though i’ll never really understand why it takes two whole people to produce a 336 page book, when robert caro is over there writing tomes all by his lonesome, if memory serves, kashner and schoenberger’s furious love was excellent.

the years have not been kind, alas, and we wind up here with The Fabulous Bouvier Sisters: The Tragic and Glamorous Lives of Jackie and Lee- a book in which fabulousness and glamour are notably absent and there are entirely too many situations constructed along the lines of “if jackie felt [insert such-and-such feeling/thought], she NEVER TOLD A SOUL.” a biographical claim which would inevitably lead one to wonder: THEN HOW THE HELL DO YOU KNOW??!

this is not my point though. my point is, as ever, the daily mail.

check out this run-on: 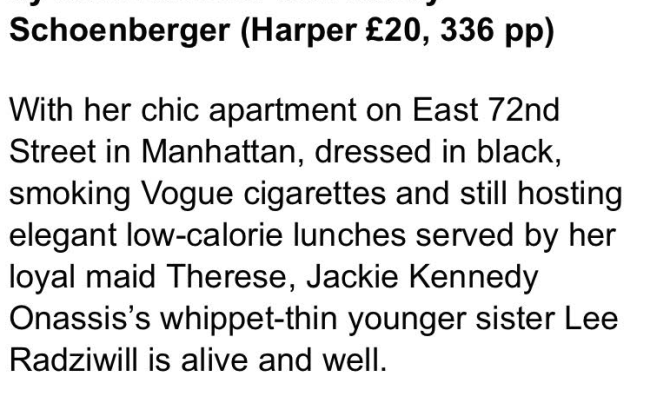 after reading that sentence, i bet she is also tired.

why have nine sentences when you could just have one?

um… i feel that this sentence maybe doesn’t fully take into account the routine travails of being 85, the rigors of dieting for 70+ years, the challenges of living in our modern world (🔥🔥🔥😱😱😱), and, in general, human adaptability.

if i remember correctly, one of the central theses of this book is that lee radziwill is hella’ adaptable. from the sound of it here, she’s sitting in her elegant apartment, stewing over something that happened 24 years ago. which isn’t exactly a testament to pluck.

so, 24 years ago, jackie said in her will that she had already provided for her sister. much has been made of this in the years since. the exciting new twist? because, LOVERS.

oh, look!!! a narrative addition to the house of previous narratives, all of which were built upon the firm ground of possible things that might have possibly happened but cannot be proven true.

do you not feel secure?

i long to someday get feedback like this from peer review.

i’m curious about the “aspirational feel.” this is, according to this report, a story about female competition. two women so competitive that they fought about rudolph nureyev’s arm. what is the aspirational take-away?

having read the actual book, i can say with some authority, it is pretty much like every other book of this genre. if anything, its publication twin, Jackie, Janet & Lee: The Secret Lives of Janet Auchincloss and Her Daughters, Jacqueline Kennedy Onassis and Lee Radziwill, is better because it delves into the women’s relationship with their mother– a triangulation which adds an important dimension to the sibling relationship while also locating the fracturing of the sister’s relationship in janet’s decline.

it’s still largely guesses and gambles, but there are ways to do that that are compelling and take a fresh line, whist remaining in the realm of being biographically possible. and then there are, of course, other ways to do that, that pretty much do the same thing everyone else has done since the beginning of modernity x10. and that is, i would argue, what we have here with The Fabulous Bouvier Sisters.

that is also what we have with the daily mail. these books are quite different, but the mail has covered them similarly, focusing on the competition angle. i critiqued their coverage of The Secret Lives… before reading it.

the mail is, as always, never circumspect. peel your eyes for this:

one of the main take-aways from the taraborelli book was that janet, when cornered or enraged, would allegedly shout “EYES ON ME, JACKIE. EYES ON ME.” there were many points in this article where i felt so moved.

somewhere between the gold taps and the summer houses of this run-on, for example.

gold taps will not save us, yo. and i don’t know about you but, in some sense, beneath the lavish shopping sprees at h&m, aren’t we all just children trying to learn to swim before everything starts to go wrong??? maybe i’m reading too deeply. the temporality in this one paragraph sentence threw me off.

jackie is married to onassis! lee is living on fifth avenue! they are children in the hamptons! they are on shopping sprees together! their father is teaching them to swim! EVERYTHING IS WRONG.

see how easily i captured the exact same ideas in five sentences? not hard.

this is, as it always is in these stories, about men and money.

lee, as she always does, does not fare well. 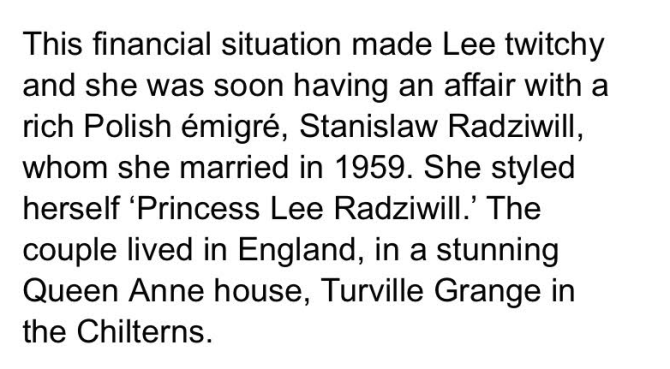 which begs the question of why we can never ever have a serious discussion of financial precarity? why does it always have to be a condemnation of these women marrying men, in part, because of their money rather than a contextualization of them existing in a society and being of a class where things like tallness and frizzy hair and work were so frowned upon they was essentially maritally disqualifying?

seriously. wtf is up with this fixation on nureyev’s arm? how did that make it into this piece, much less warrant a bulleted point in the opening summary?

also, girls? GIRLS? the chronology in this article is baffling but these are women in their 30s at the point in the story when they become nureyev’s BFFs. they are all adults. they are not twelve.

wait. what’s that noise? do you hear it? oh, yeah, butofcourse. it’s the ghost of gore vidal!

be real. this isn’t our first rodeo. did you seriously think he’d miss this little soirée? 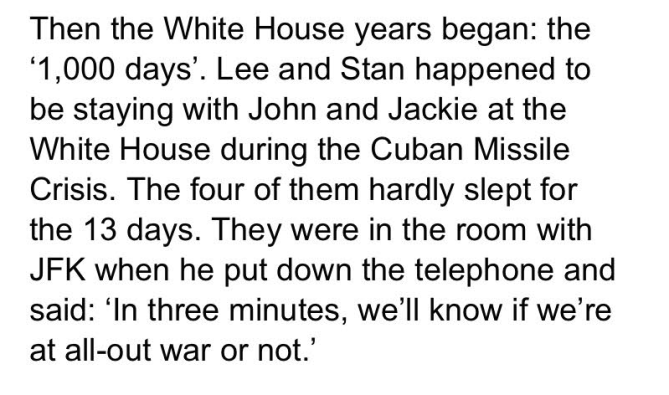 so it isn’t the mid-60s. JFK has not even died yet, though didn’t he die earlier when we set his death to the side so we could mourn the tragedy of the death of the love between sisters?

my brains are a bit addled at present, so i OF COURSE briefly misread this as saying that stas and jack and lee and jackie all slept together for 13 days, which would perhaps be a bridge too far. but, who knows? there are few places the daily mail will not go.

if you’re at all familiar with this story and its telling then you know that, historically, it is when onassis enters the scene that the shit really hits the fan. voilá!

to the mail‘s credit, this is a proper paragraph with multiple sentences- one reasonably sized, one gargantuan. and yet, it leaves one wanting… something, no? perhaps a conclusion stronger than “onassis didn’t really want to marry jackie because he was perhaps still possibly maybe pining FOR EVERY OTHER ROMANTIC RELATIONSHIP HE HAD EVER HAD IN HIS LIFE.”

yes, this is pretty much what one does when reading a book.

BECAUSE SHE WAS CASH-POOR!!!

this is not a story of redemption, as the daily mail plays it. 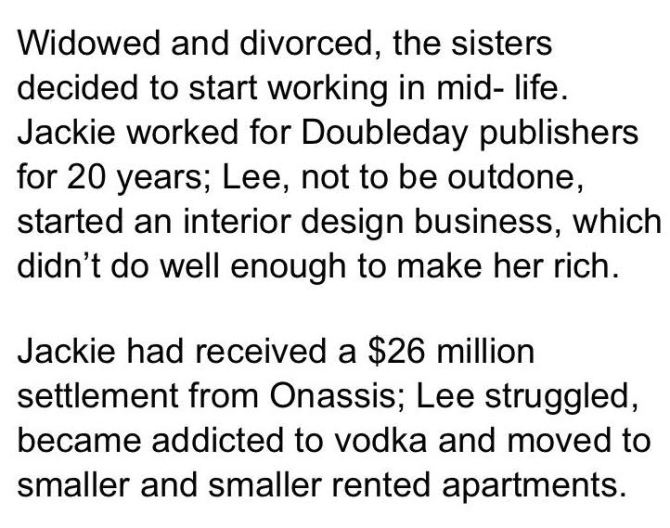 spoiler: it gets super bleak.

in a way that makes lee radziwill sound as though she has very much taken the low road when, in the book itself, the authors seem to bend over backwards to blame jackie and suggest that jackie was essentially a style plagiarist, repeatedly popularizing and receiving credit for trends that originated with lee.

why does this matter, why do we care? same thing i’ve been saying since 2010. these stories are stupid and we deserve better. the people upon whose lives they are based deserve better.

last year, i was on a panel with someone who kept banging on about wills and finding the wills and how money was the answer. i’d just delivered a paper on shopping and i found her preoccupation with wills rather odd. but, increasingly, i think what she was saying was: follow the money.

not, like, in terms of “and then jackie married this rich man and then lee married that one,” but in a far more rigorous and substantive way, think about how money- access to it and lack of it- shaped the lives we’re researching.

yeah, it’s fun to “sit back and watch the disastrous marriage play out,” but what does it tell us that jackie was buying clothes in order to sell them, sometimes unused, so she could have cash of her own? that’s quite a different story than the accusations of “extravagant spending” and the stories of “lavish shopping sprees” and golden bathroom fixtures would suggest.

and yet, here we are in 2018, stuck with this same old tired tale about how two women with all the money in the world were so competitive they couldn’t get along.

it’s time to move on.

One thought on ““they competed over EVERYTHING – clothes, jewels, money, husbands… even lovers””