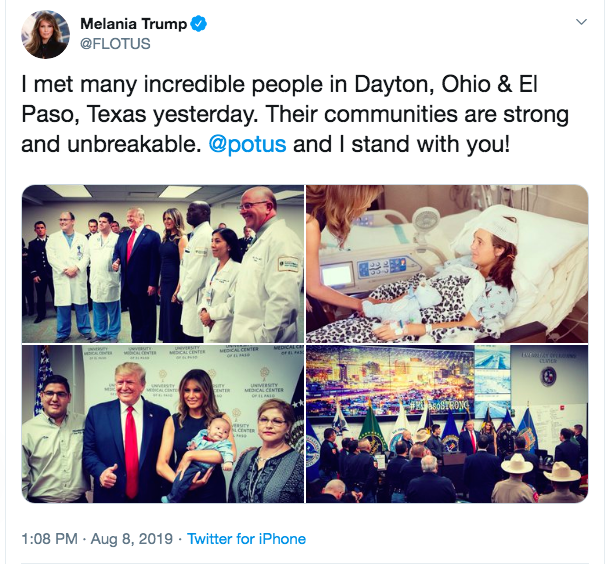 i once dated someone who refused to use the word evil to describe anything because he didn’t like the overtones of moral judgment.

it was too harsh a word, too strong. i do wonder, in retrospect, if he truly felt there were nothing that could rise to the occasion of being legitimately evil. but i never asked so i do not know.

this is awful. i need solace. you know where i go for comfort, no?

you guessed it! the radiant, sunshiney world of jackie dolls on etsy. 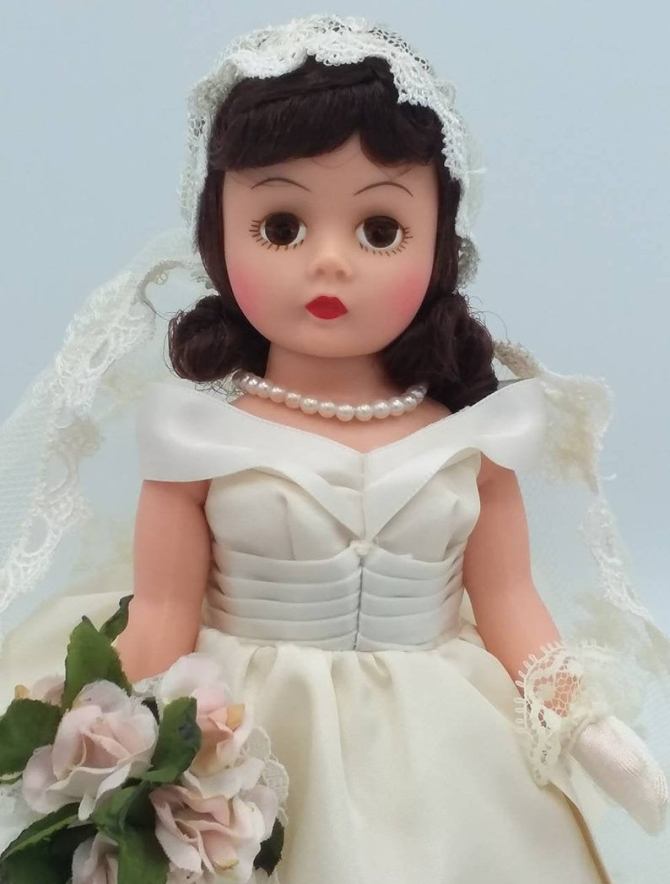 she’s a bit more clara bow here than one might have imagined, yes? with the brows and the big eyes and the rosebud lips. 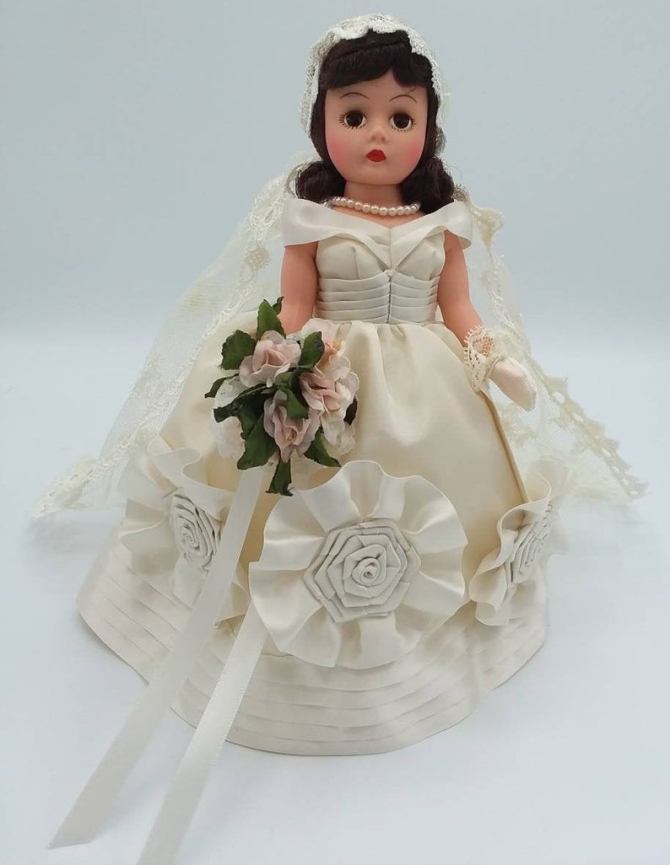 furthermore, i like their– by whom i guess i mean the designers of madame alexander’s– assessment that the actual rosettes on the skirt were not extra enough IRL (which, if we’re being real, they were pretty effing extra to begin with) and so they needed to go bolder here.

these ones display an admirable crispness, like a pastry or a pool floatie.

they command our attention.

they will not be denied.

i’m reminded of being in paris this time four years ago. i stayed in a garrett, up on the seventh floor with a shared bathroom and no lift.

my most vivid memories of that period are of being winded and needing to pee. oh, and the discovery of a delightful thing called chausson aux bananes.

if i remember correctly, i’d gone to write and work, but also to see an andy warhol exhibition. (i could be wrong. there were a lot of trips to paris during this period of my life, and most all of them involved some exhibition as cover for my going to paris– rendering my being there “research” rather than sheer indolent need.)

that august, wandering the empty streets, i stumbled upon a jackie exhibition, the centerpiece of which was her wedding dress. 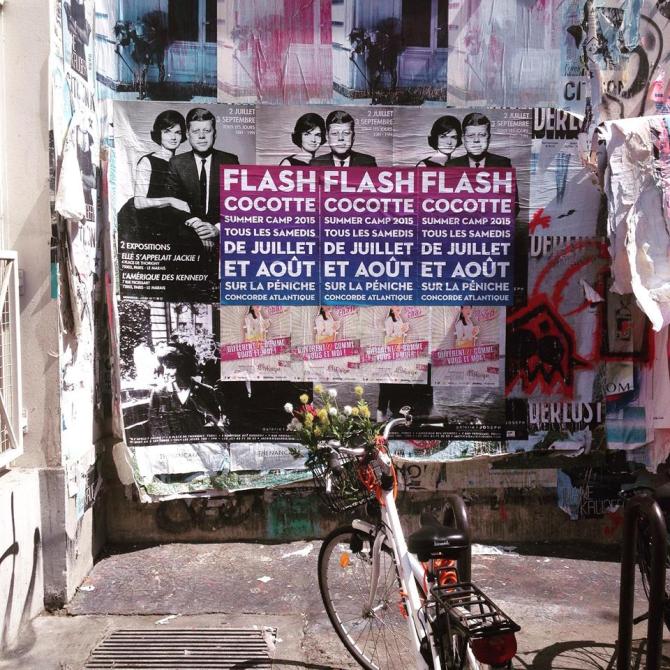 my french is horrid so i couldn’t read any of the signage. but, given that the dress was in the open air, positioned on what appeared to be a high thread-count table cloth and protected from vandalism by an inadequate number of velvet ropes with sizable gaps between them, i concluded this probably wasn’t the real thing.

here she’s a little more katherine hepburn than usual. am i wrong? do i need new spectacles?

today i look at jackie dolls and i see only actresses of yore. tomorrow? who knows. 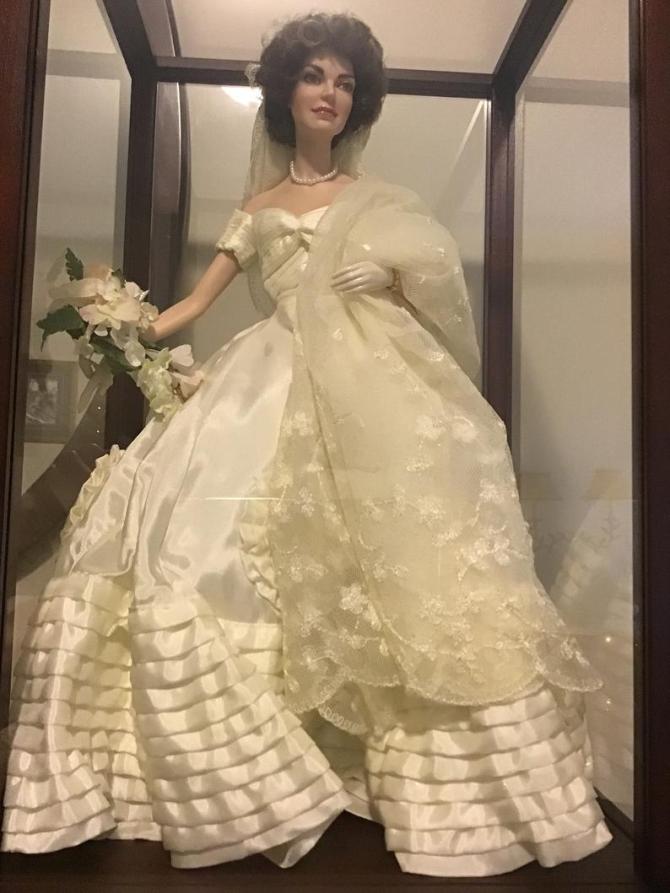 the rosettes, alas, they are less buoyant.

they will not save us.

i have thought about this poem every single day since i read it in the new yorker many months ago: 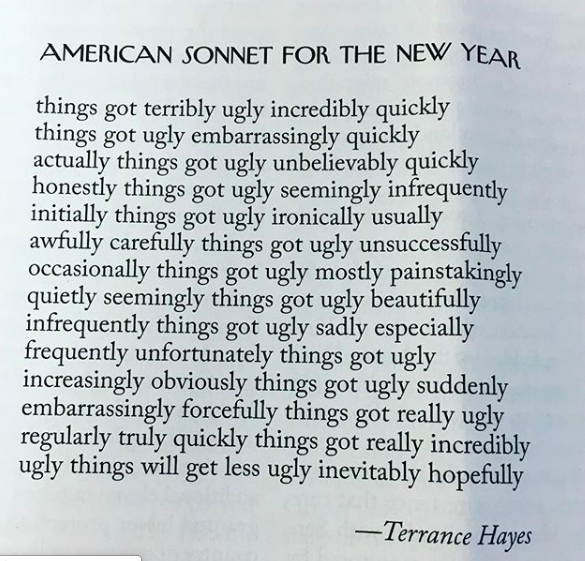 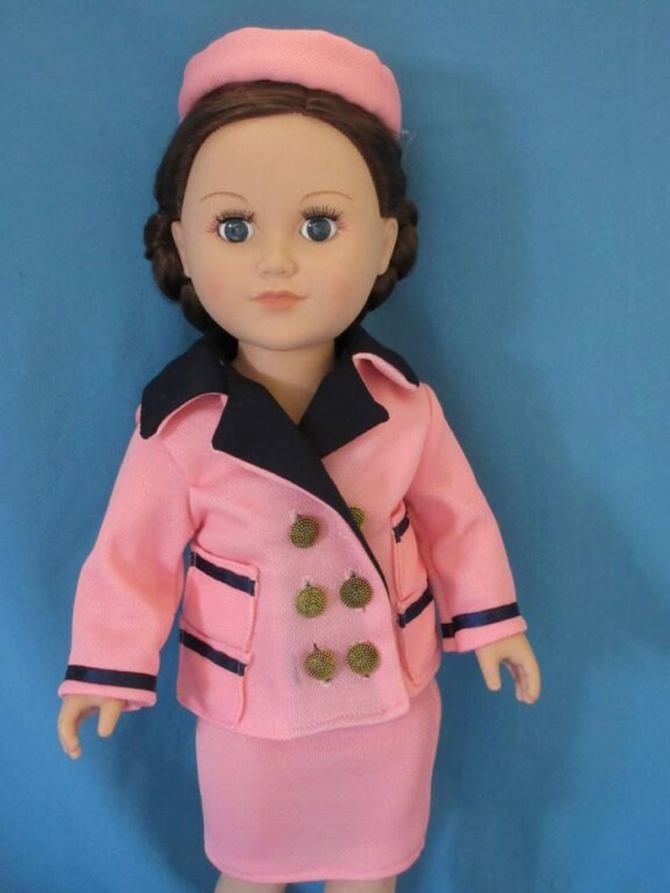 it is a trifle too jaunty, yeah? a little too american girls doll.

this is the scene where she sees her husband murdered, after all. it seems a bit historically inaccurate for kardashian levels of false eyelashes to be involved. 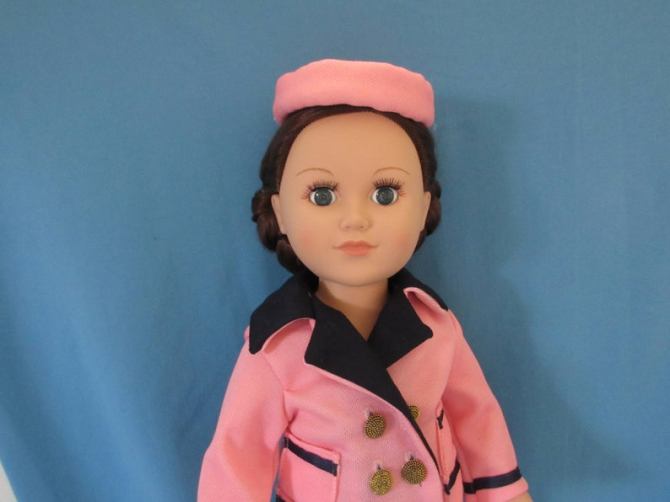 we are not here for historical accuracy though, are we?

TWO SETS OF POCKETS!! two on each hip. for a grand total of FOUR POCKETS.

do we think they were real? did jackie have real pockets in her fake chanel suit? or were they sewn up- this sick fashion equivalent of trompe-l’œil? or shallow– so that you could put, like, a coin in there but, alas, not an entire finger? 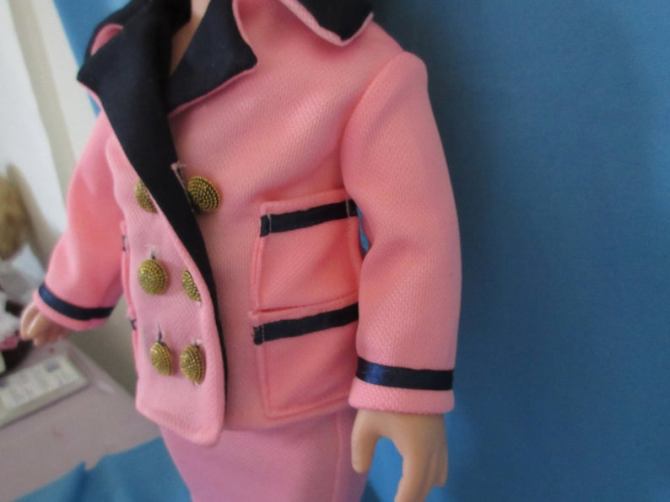 i’ve thought about this suit so much, but this is the first time i’ve ever considered the pockets.

in the shape of a pocket, john berger writes…

The mouse enters the cage to take a bite. No sooner does he touch the morsel with his teeth, than the trip wire releases the door and it slams shut behind him, before he can turn his head.

It takes a mouse several hours to realise that he is a prisoner, unhurt, in a cage measuring 18cm. by 9cm. After that, something in him never stops trembling. 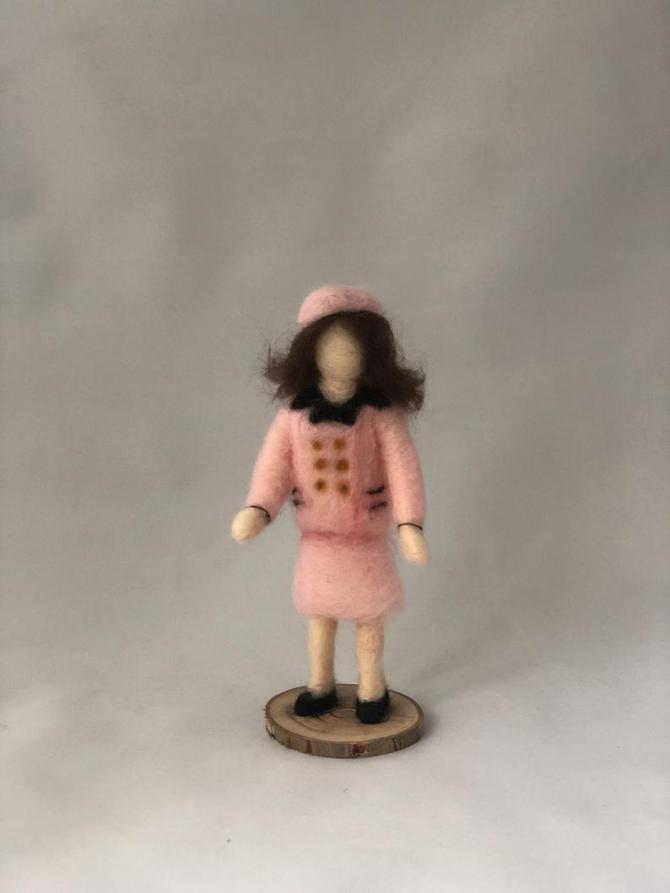 jackie had PTSD after her husband’s murder. this seems quite clear now, though it didn’t exist as a diagnosis at the time, so everyone was all why can she not handle her emotions??!?! in their diaries and letters.

it has completely undone her, they whispered, surprised.

the people around her were confused by how alarmed she continued to be in the years to come. all of which seems so hard to believe now, given what she saw.

but then consider all we have seen. does our alarm not appear insufficient?

the banality of evil is one of those phrases with which many of us are familiar but i don’t think i’d previously considered arendt’s usage of it. i just always assumed what she meant based on my own understanding of the words themselves rather than her philosophy. 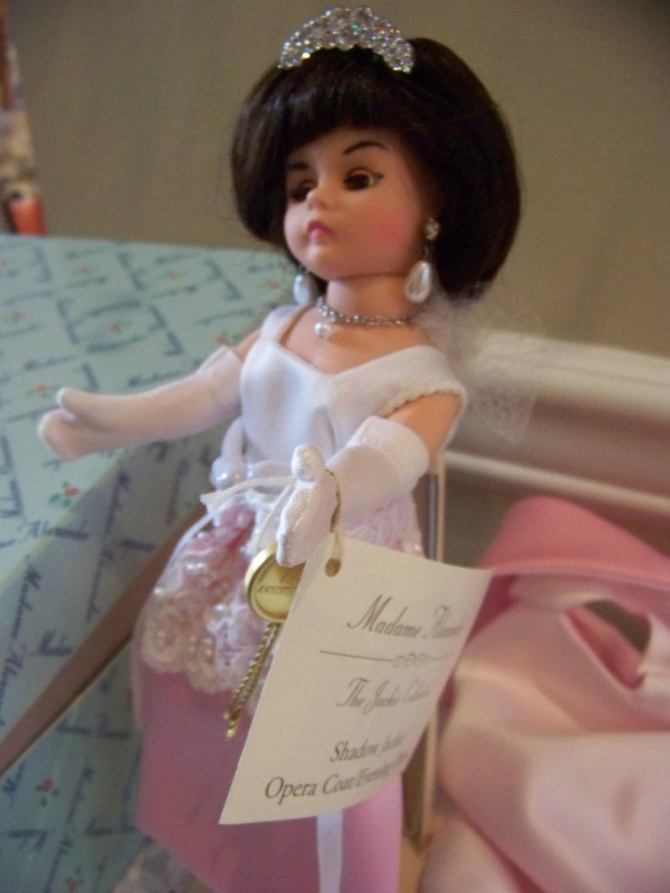 as i understand it now, arendt was making the case that eichmann was not ideologically driven. he had no ulterior motives. rather, he was an ordinary man who bumbled into doing insidious things without intending to.

this has been examined in depth by many others. as thomas white puts it there, she concluded “he performed evil deeds without evil intentions.” 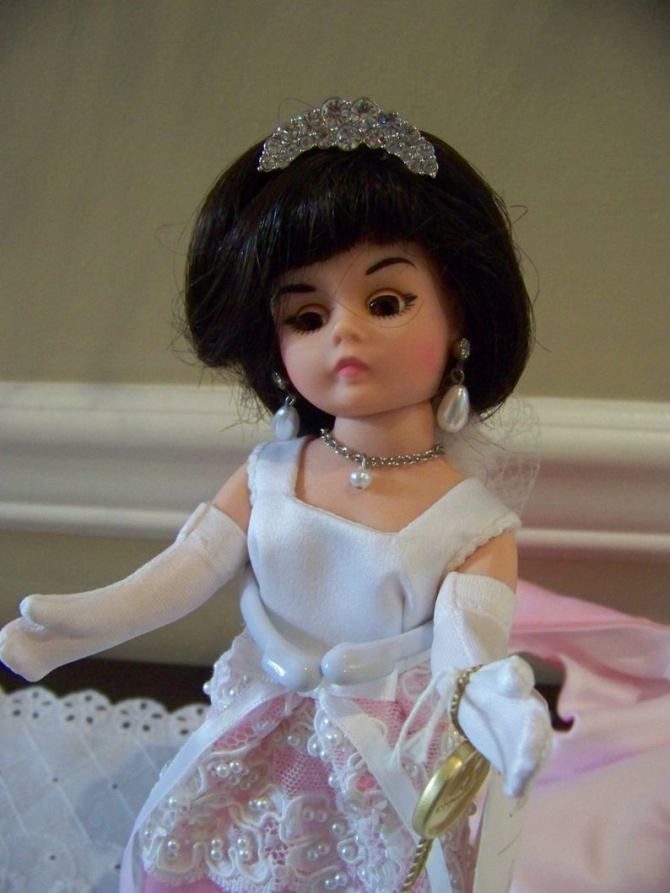 odd, isn’t it? how hard we work to we carve people up so that while their actions may contribute to unspeakable horrors we nonetheless pretend we can claim to correctly know their hearts. 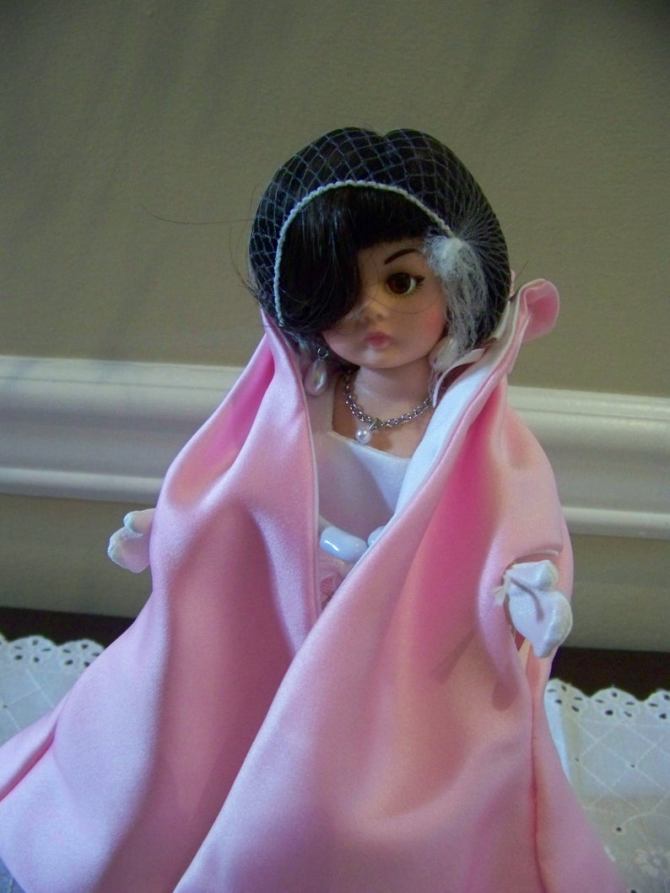 (those earrings tho, yo! trés louis xiv. [or is this just bc i’ve been watching harlots and versailles??])

i hardly know my own heart most days. how can i ever claim to know yours? 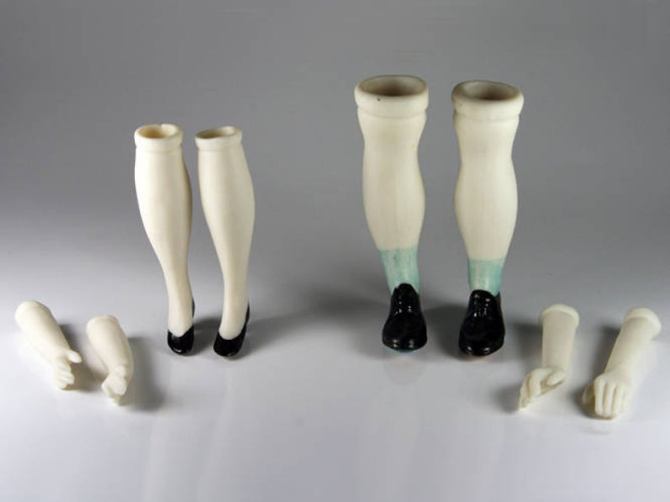 which is, perhaps, why i’m so skeptical of the eagerness to attribute benign neglect and good hearts to people who are so clearly engaged in awful acts. 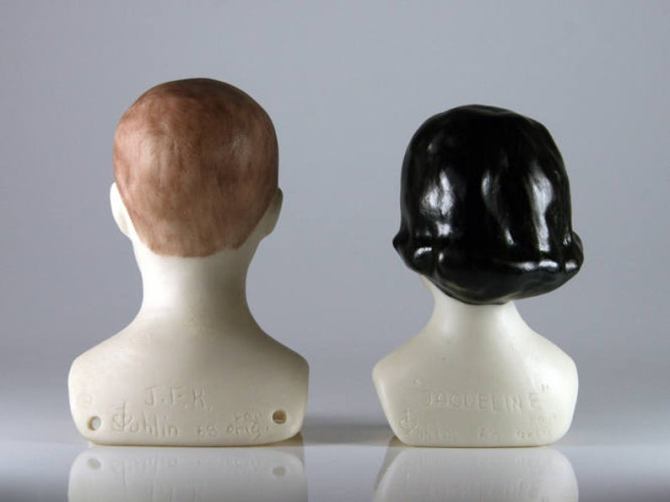 by the banality of evil, i think i always thought that arendt meant that evil is so banal, so integrated into the everyday, so already a part of who we all intrinsically are, that we are inured to it.

not because we are not ideologically motivated or just bumbling fools riding the waves of historical forces beyond our control. but, rather, because we choose not to know, not to see.

we pretend we know the hearts of others and we pretend to know our own, in order to avoid reckoning with all that is ugly within us. so we can feel we aren’t responsible for anything that is wrong with the world in which we live, and we’re absolved from the need to do anything about it, even as we participate in it all.

but the evil is there, whether that’s a word you like to use or not. 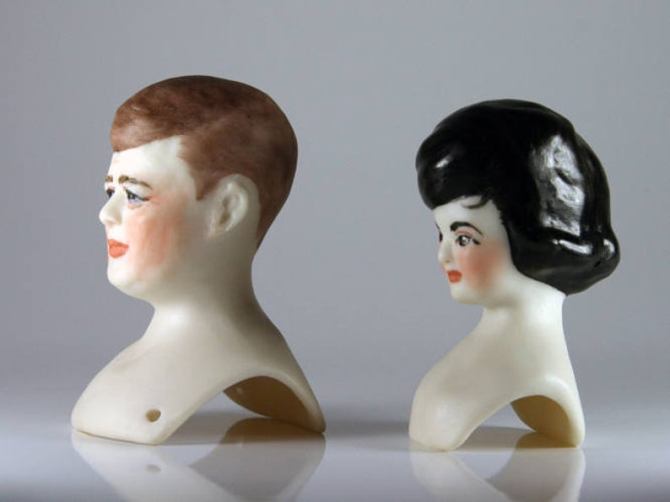 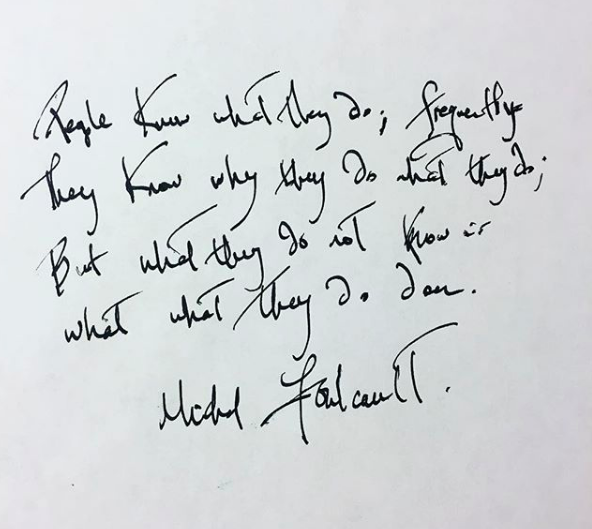 (“Our Lady Mother of Ferguson and All Those Killed by Gun Violence.”
A new icon written by Mark Dukes. )

One thought on “scattered thoughts on jackie dolls, uncertainty and evil”