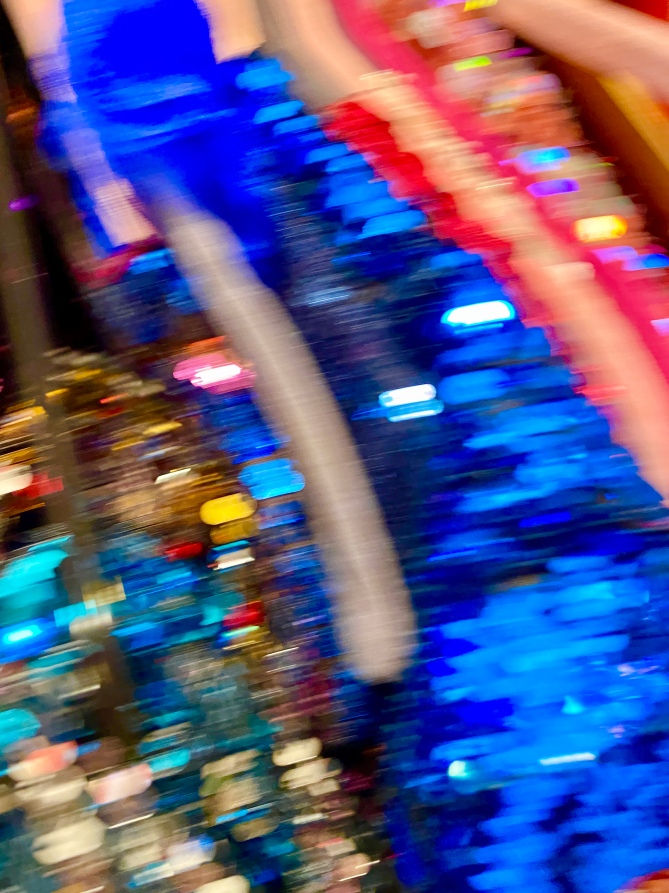 always use the active voice. that is what mrs. reynolds taught us in AP english. that is what so many of my english teachers have told me since. what they did not tell us was the cost. (<- engaging opening anecdote)

they made it sound so easy. dear people, it is not. (<- connecting with the audience through a direct address) 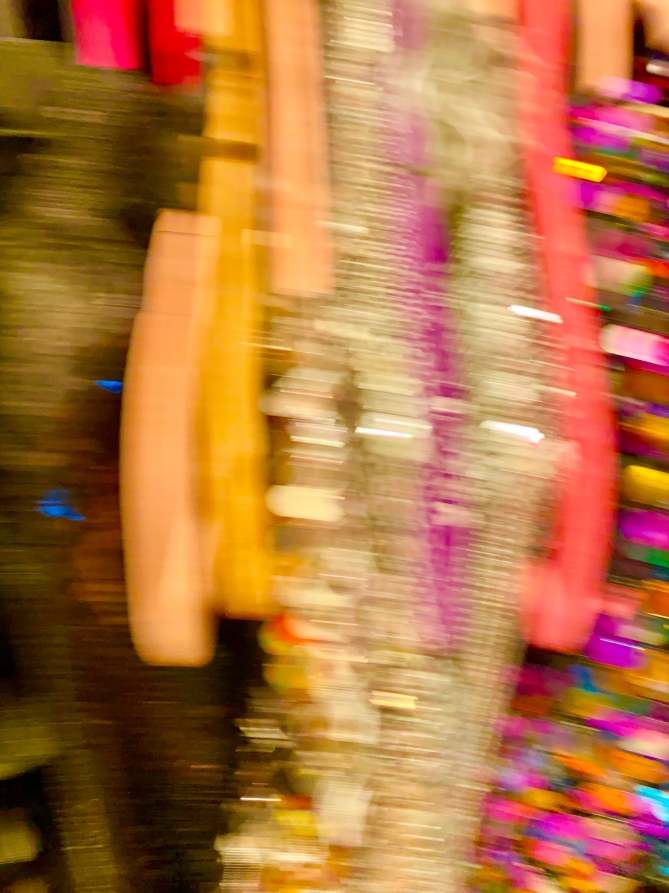 (ambiguity (n.): the quality of being open to more than one interpretation; inexactness.)

that is a sentence (those are sentences…) that flow so much easier.

it’s prettier. more palatable. and i do so want to set you all at ease. (<- be attentive to the audience’s comfort and they’ll be more easily persuaded)

that is part of the problem. even as he was raping me, his comfort was my primary concern. 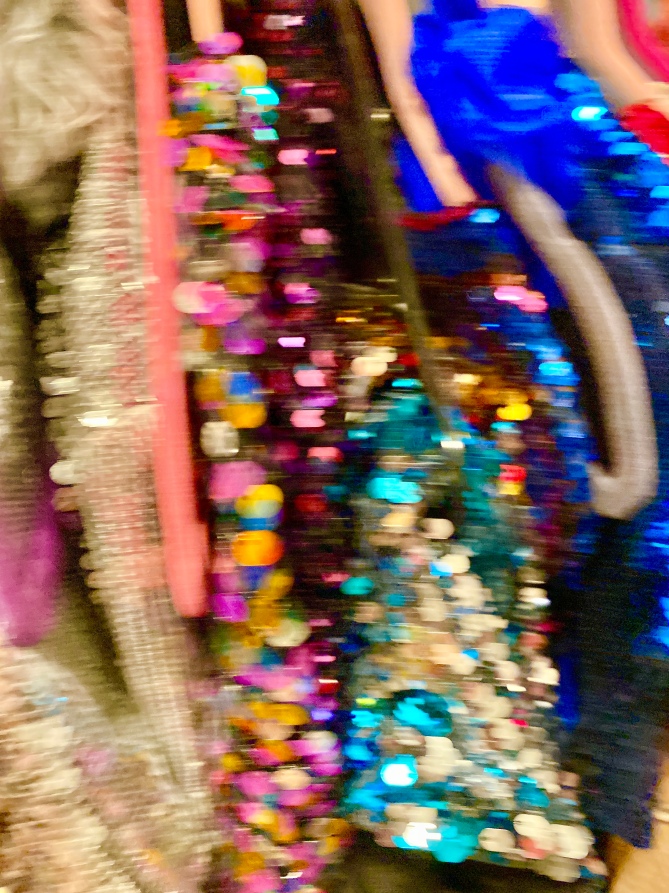 to be clear, i am speaking here only for myself. everyone is different. everyone’s experiences are different. this is mine. (<- it’s useful to clarify the essay’s scope)

a man raped me.

ask yourself (<- connecting with the audience through a direct address): which one of those sentences makes you most uncomfortable? (<- a rhetorical question is one where the questioner does not expect an answer)

for me, it is the latter. a man raped me and yet the statement that i was raped sits more easily with me– the one he raped!

how fucked up is that?

riddle me this: would you rather i was raped or that a man raped me? asking for a friend. (<- connecting with the audience through a direct address/humor/alienating overuse of rhetorical questions)

a man raped me three days before the start of spring semester. (<- appeal to logos) that is no way to begin things, let me tell you. (<- appeal to ethos) 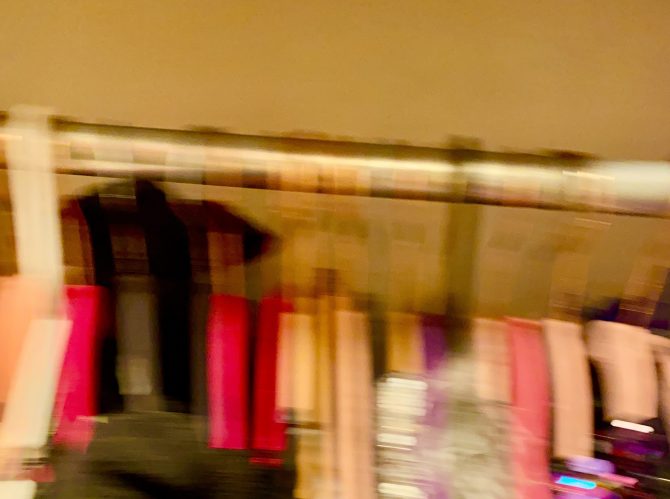 when my students say they’re tired, i remind them that they have every right to be. this is, after all, a year that started with an insurrection (<- appeal to logos) and they exclaim “oh yeeeeah,” because they maybe kinda sorta forgot because, let’s be real, a whole hell of a lot has happened since then. (<- appeal to pathos)

a man raped me on a third date. ten days after the insurrection and three days before the start of the teaching for spring semester, four days before the inauguration. (<- appeal to logos/pathos?)

after dinner and before dessert. (<-be specific!!) 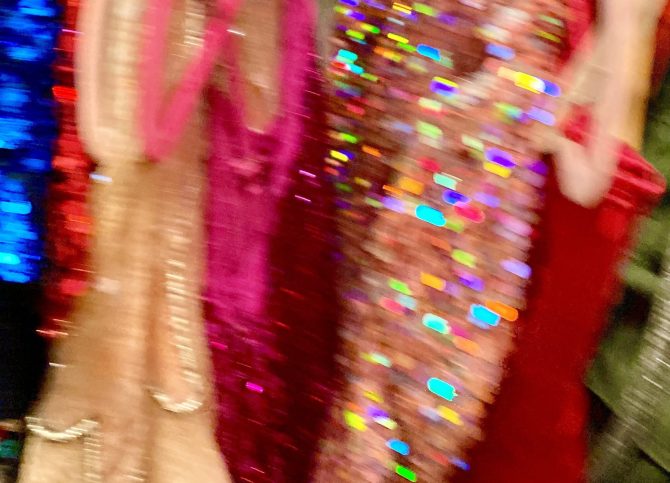 the thing that happens when you are a teacher who exudes warmth is that you hear that a lot of horrifying shit is happening to your students.

the thing that happens when you are moderately open on twitter and instagram about having been recently raped is that you hear a lot of horrifying shit has happened to your friends.

the thing that happens when you mention in your academic scholarship at a conference that you have recently experienced sexual assault is that a progressive, white, cis man will try to open up space for you to discuss it further. like this was a fucking consciousness raising session. like you paid your 40£ to talk about your rape instead of your research on kim kardashian. 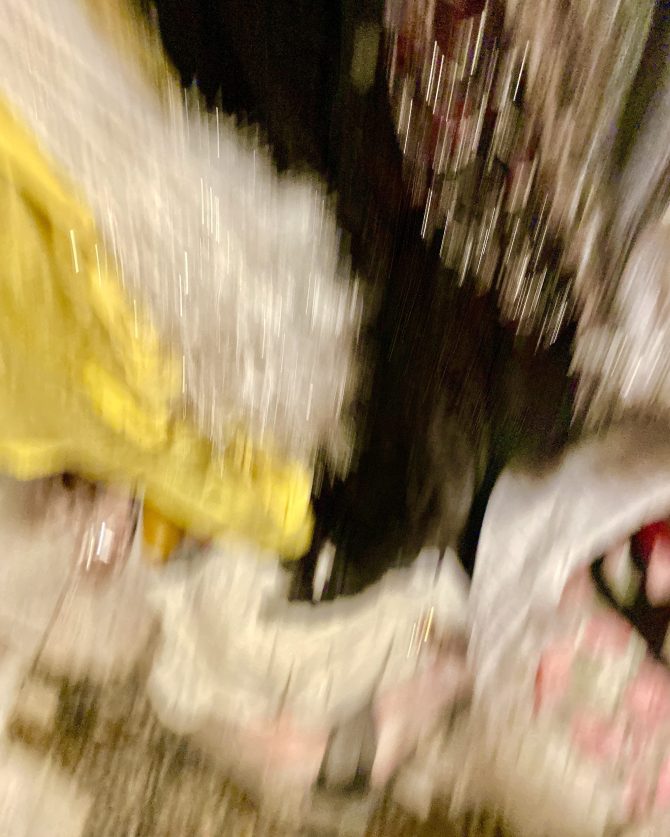 (“Think about what you’re trying to persuade them of and what they need to know to get there, then fill in the blanks explicitly so they don’t have to guess. Remember: we’re not writing mysteries!”)

the thing you need to know is that when i tell you, i am in control.

when anything else happens with it, i am not and that is fucking terrifying. 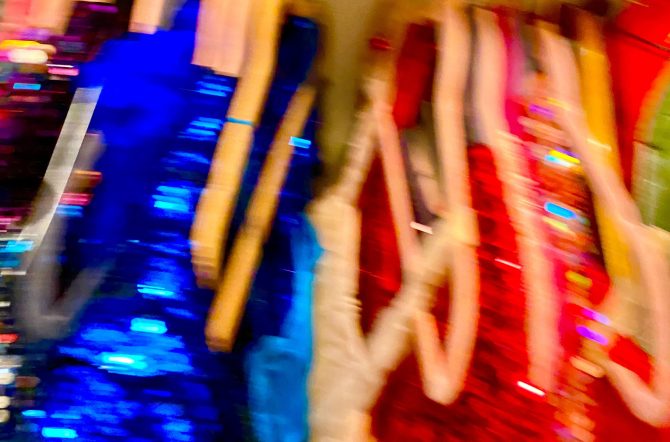 (“There were a number of places I’ve marked where it would help to be more clear about what your pronouns refer to, so that’s something to look out for.”)

by “it” i mean “the story of my having been raped by a man.”

note how “it” is so much cleaner, so much easier, so much prettier. the pronoun lets us elide so much. 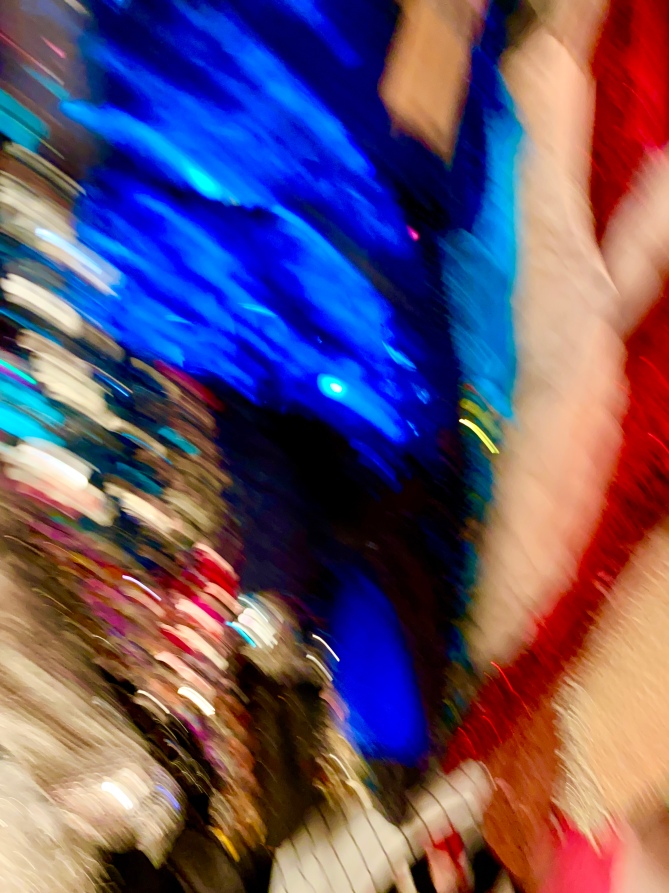 (“Watch out for typos when proof-reading. Typos are small details but they affect our own credibility with our audiences.”) 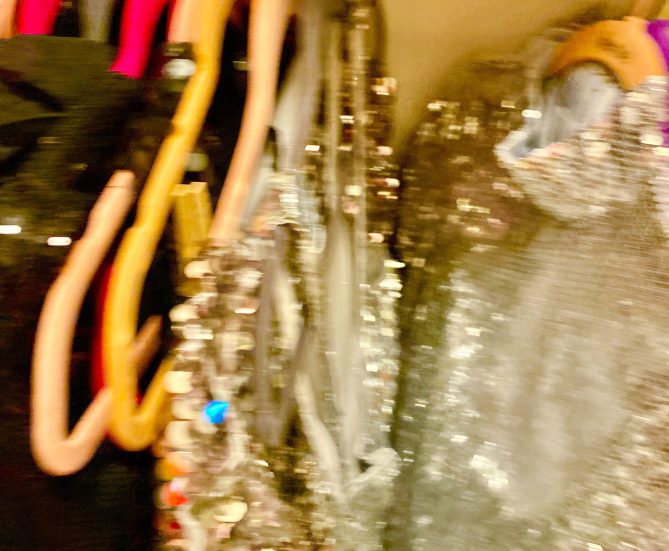 (“your anger isn’t really described here, is it? The essay doesn’t really indicate your own emotions on the subject.”)

trauma rewires the circuitry, so that you learn to live in a whole different way. you learn to think in a whole different way. my mother asks me: is this the goal of therapy? is the goal of therapy to get over that and get back to yourself? and i feel really sad when i tell her that, actually, i don’t think that is the goal.
i think the goal is to learn to navigate and cope with the brain you now have, which is not the brain you were born with but the brain that’s been made over time. a brain full of work arounds and avoidances and vigilance, the brain that has rewired itself in response to what you’ve been through.
a brain that has been built to protect you, to be sure. but also a brain forged in response to the harms of men.
(i am talking about sexual, gendered violence. that is obviously not the only violence that does this.) 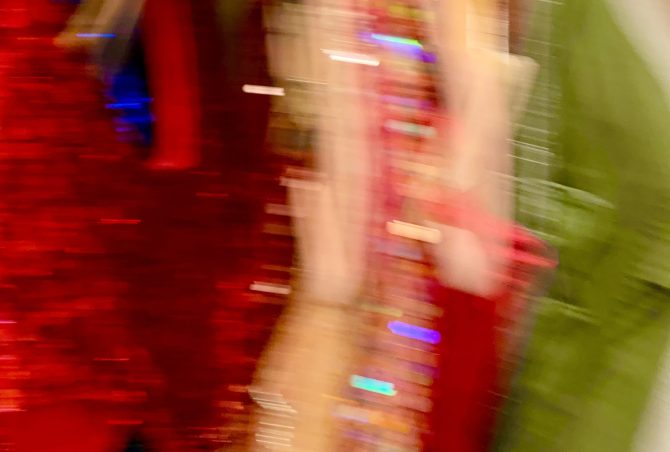 in teaching, there’s this point in the semester where, if i’ve got their trust, i suddenly become privy to the panorama. and, quite abruptly, it’s like holy fucking shit.

because so suddenly you’ve an understanding of the full complexity of all our lives. and the full wonder of how, in the middle of all that, we try to do things like write essays and turn in homework on time and produce a fairly respectable works cited page. (<- appeal to pathos)

you would not look at me and know i have been raped. that i’ve been raped multiple times and also been in a long-term abusive relationship.

you would not look at me and know that the biographer charles j. shields sexually harassed me over a series of emails.

you would not look at me and know that, at a brunch at my parents’ house in 2002, a church friend of theirs– IN FRONT OF THEM– stuck his hand down the front of my low-rise jeans.

you would never know that the primary reason i have not reported this most recent rape to the police is due to a sexually violating experience with a cop on the night of my college graduation.  (<- appeal to logos [ie. logos as historical fact])

you may actually know me really really well and know none of those things or only a fraction.

you may be reading this now and thinking i’m a whole other person from the one you thought you knew. i assure you, i am not. still me! 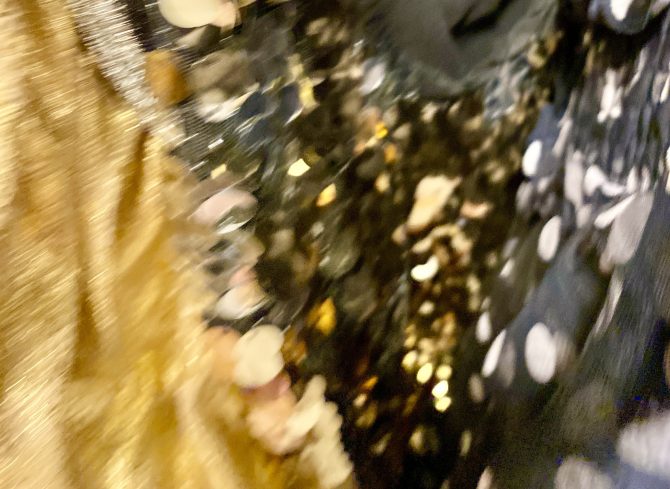 my point not being that i am in any way special, but rather that this is the extent of the problem.

this is nothing new but it bears repeating.

you would know none of this if i did not tell you. you could know me for a hundred years and never know two men have raped me (one repeatedly and over a period of 2 1/2 years) and at least 7 others have committed offenses of serious sexual assault/sexual harassment. (<-appeal to logos/pathos)

you are dependent upon me telling you that. (<- appeal to ethos)

and i tell you that knowing that when i do, odds are maybe 50/50 that you’re going to give all of the men in all of my stories the benefit of the doubt. (<- it can be persuasive to anticipate audience reactions/hostility)

i wrote all that then saw this series of tweets:

Something I think about a lot is that at the height of Me Too, the large number of accusations was framed as a contagion of courage, of women inspiring one another. But it was also that women felt they had to come forward before the window closed and it stopped mattering.

I suspect this is a big reason women don't come forward. We know we're only *possibly* allowed empathy for one story, but most women have greatest hits albums. So which story do you publicly wear? The most traumatic? The most bulletproof that won't be picked apart? 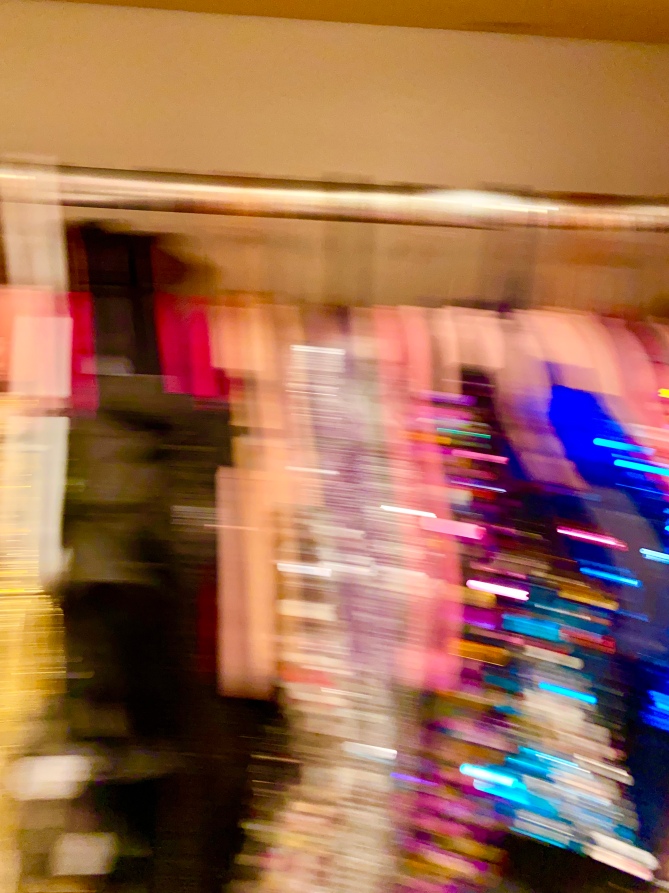 because this was not the first time a man raped me, i was really struck, this time, by the fact that we never know which time we’re raped will be the last time we’re raped.

and so i hesitate to refer to this as the last time i was raped, because, really, who knows? it is the most recent time i was raped. that is what i know. (<- in our writing, it’s important to be factually accurate)

my first sexual experience in college was being raped by my boyfriend. true story: that is not a situation that sets you up for greatness.

the last time i was raped, by which i mean maybe not the last but surely the most recent, was eerily similar.

the conventional wisdom is that, if you’ve been raped once, it’s easier for you to be raped again.

correction: the conventional wisdom is that, if a man has raped you before, it’s easier for another man to rape you later.

i write about time and language and the way story telling inhibits the way we understand what is happening to us in our own lives.

we can see this in how, when my boyfriend raped me in college, the language for what had happened did not exist for me. the concepts to capture what continued to happen were not available.

abstinence only ed didn’t teach us about sex– only that if you had it, your whole life would be ruined. the president had said oral sex wasn’t sex. the southern baptist church had raised a generation of women to believe that their only value came from being canvases for and background characters in the lives of men.

i thought date rape happened on a first date, not in the confines of a long-term relationship. i thought you had to be a home-owner, or at least a renter and not in a dorm, to experience domestic violence. i only realized forced oral sex counted as sexual assault while hearing the testimony of harvey weinstein’s victims in 2017. i only heard the term “intimate partner violence” in late 2020. i only found the phrase “coercive control” when FKA twiggs started talking about what shia labeouf did to her.

in my classes and my research, i’m obsessed with definitions, with finding the right word and defining our terms. in part, because that enables clearer communication in our writing. but also because putting language to an experience is a really fucking powerful thing.

violence is so often so casual, so matter-of-fact. violence doesn’t necessarily feel violent. rape doesn’t always feel as you expect it.

[^please pause and sit with that thought.] 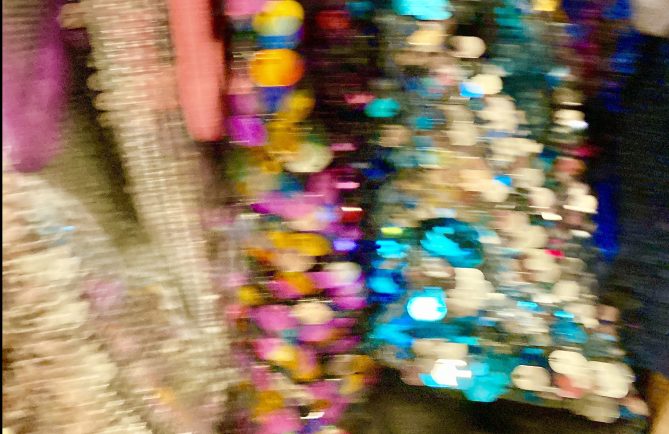 this whole semester, i’ve been teaching a class on writing & anger while holding so fucking much in. 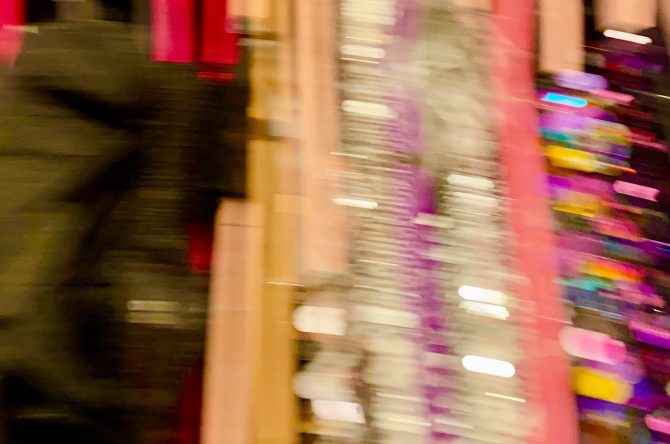 i’m writing this now (<- appeal to kairos), because mother’s day is approaching. and, this year, i am so very grateful for my mother, who is really fucking amazing and whom i completely adore.

i am grateful to her for having been there always but especially these last few months, these first 100 days. i am grateful that our relationship is such that i could tell her this had happened. and also that i could ask her to tell my father, so that i was spared that ordeal.

dear men, live your lives and raise your sons such that no woman or girl ever has to ask her mother to tell her father she was raped by you or them.

One thought on “men have raped me.”