so this was terrifically exciting for about five minutes. 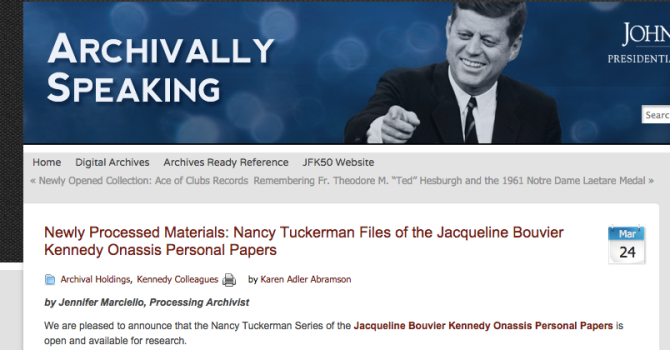 NEW THINGS!!!! COMING OUT OF THE VAULT. (join me in remembering this.)

so yeah, JACKIE STUFFS COMING OUT OF THE VAULT INTO THE LIGHT OF DAY. MASSIVELY EXCITING. 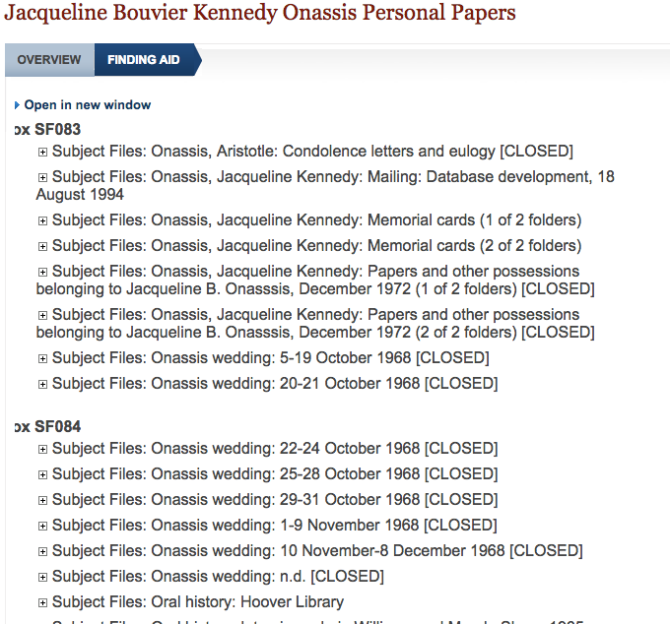 which i feel so complainy complaining about because there’s so little open in her files that just a mere folder feels like a pot of gold, so to have these files opened does represent a massive infusion of new material. and maybe there’s a (tiny) chance they’ve not yet updated the finding aide to accurately reflect what’s been opened. but.

i should be so grateful.

there’s so much here.

i am, of course, grateful and i accept what they give me, gratefully.

but it is so TOTALLY ARBITRARY, ya’ll.

THIS IS AMERICA. whycome we are prohibited from viewing jfk’s doodles?? 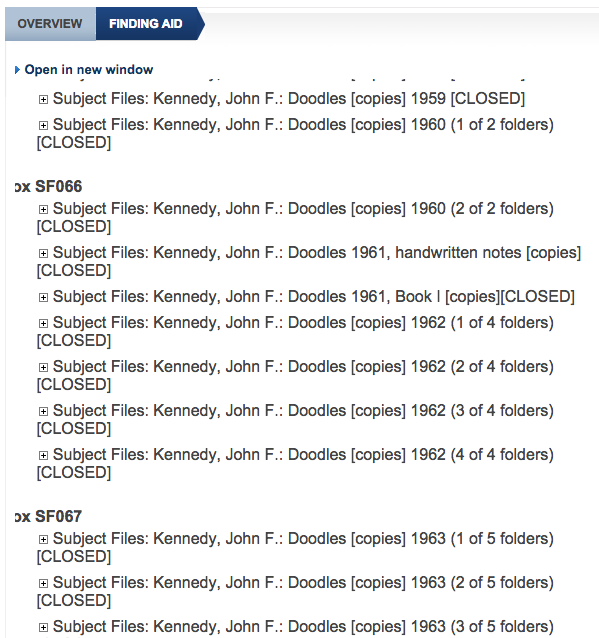 i know, i know, think of what we can see!! and believe you me, i’m now rearranging my whole boston trip and screwing all the other files i planned to look at in order to see these, so i’m not unaware of the gift. but it’s a mixed blessing, this. they open so much, and yet they’ve held back so much more.

i am grateful, but it is, at once, soooooooooooooo exciting and deeply, awfully absurd.